Shinya Aoki finally talks about his loss to Gilbert Melendez 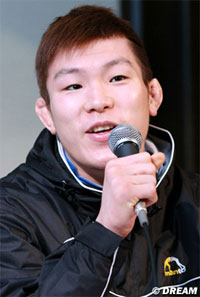 There’s a picture floating around the net of Shinya Aoki crying after his Strikeforce Nashville loss to Gilbert Melendez. I thought about using that as the banner but…I just can’t do it. I can’t do it to the Baka Survivor. Last night, the world saw just how great of a lightweight Gilbert Melendez is. According to the Compustrike stats, dude landed approximately ten times more strikes than Shinya Aoki to easily retain the Strikeforce Lightweight Belt. In retrospect, Richard Chou (the matchmaker for Strikeforce) should have picked Kawajiri to bang against Melendez in a rematch of their Pride 2006 Shockwave bout (El Nino took the unanimous decision). In an interview with MMAMania, Shinya Aoki admits that his spirit isn’t broken, he was just essentially outclassed.

“It was a decisive defeat. I would like to state a word of appreciation for Mr. Scott Coker and DREAM staff who have worked hard to make this fight a reality. I would like to congratulate Gilbert Melendez for defending his title in our fight tonight. Though some may perceive this as a loss for Japanese MMA, my spirit is not broken and I plan on going back to Japan and putting forth prodigious effort so that I will be able to challenge for the title once again.”

“The difference between fighting in the cage and the ring was negligible, and Melendez was just plain good. Fighting in the cage for the first time, I felt comfortable in the new setting and had a blast. I am just grateful that I got to step into the cage.”

“Right now, I am in no position of asking for a (DREAM) rematch and I think it’s best that I strive to raise the value of ‘Shinya Aoki’ so that Melendez can say, ‘I do not mind fighting Aoki once again’ on his accord. As things stand right now, I would cringe if I said, ‘I want to fight him again.’“

Well it looks like Japan is finally an American colony, although historically the US has occupied the country ever since the end of World War II (that’s why you should have paid attention in 7th grade History class). It’s hard not to see Shinya Aoki’s loss as a set back for Japanese MMA. With Gomi losing his UFC debut, Caol Uno recently cut from the UFC and Shinya Aoki losing to Melendez…Mack Sakurai needs to show up in his upcoming Dream 14 bout with Nick Diaz. [Source] 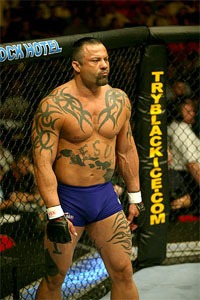 Kimo isn't dead...he's just busy calling out everyone in MMA
← Read Last Post
You guys want to see Rampage Jackson in the next Tarantino movie
Read Next Post →
Click here to cancel reply.