Most of you have no clue what Wing Chun is. Before you go to your local Szechuan Garden to order some, you should probably know that Wing Chun is a close-combat Kung Fu that’s been around longer than Randy Couture has been winning fights in the UFC. Originally designed for self-defense by women in China, the discipline was most notably showcased in Bruce Lee’s films and gained further notoriety in international competitions throughout the world. Those are a lot of big words, but it’s Friday, and you have the whole weekend to look them up. I have faith in you.

New Jersey is a special place. If you put a bunch of people together anywhere in the Garden State, chances are something magical is going to go down. Whenever there’s a camera involved, it means we can bring the magic to you on YouTube. Check out this Wing Chun practitioner trying out for M1 Global and his opinions on Muay Thai.

The action starts at the 1:34 mark and lasts until milk rockets out of your nose. 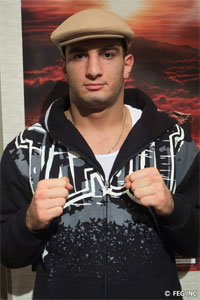 Mousasi does not plan on taking King Mo to the ground
Read Next Post →
Click here to cancel reply.