So a former UFC heavyweight champion just became the biggest free agent out there with a single tweet. Late Wednesday night professional face-puncher and heavyweight mind bender Shane Carwin announced that he is coming out of retirement and pursing options outside of the UFC. Even after a five year layoff from MMA, Carwin and his Christmas ham fists, blasts a ton of new life into MMA’s money-weight division.

Interesting that the UFC would let Carwin walk when quality MMA heavyweights are always at a premium in this wild sport. A quick glance at the UFC top 15 heavyweight rankings gives you names like Ben Rothwell, Josh Barnett, Mark Hunt, Andrei Arlovski, Roy Nelson, Stefan Struve and Antonio Silva who were all peers to Carwin when the Colorado big man was upper-cutting Frank Mir or taking Brock Lesnar to his limits.

Diving headfirst into the MMA free agency waters, Carwin took to the UG to answer a bunch of questions from fans about what’s next for the former UFC champ.

On big money and title fights 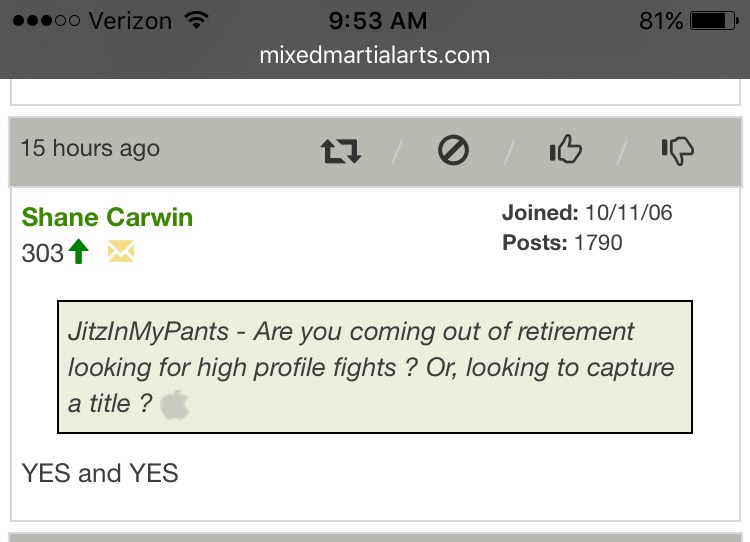 On how’s he evolved since his last MMA fight 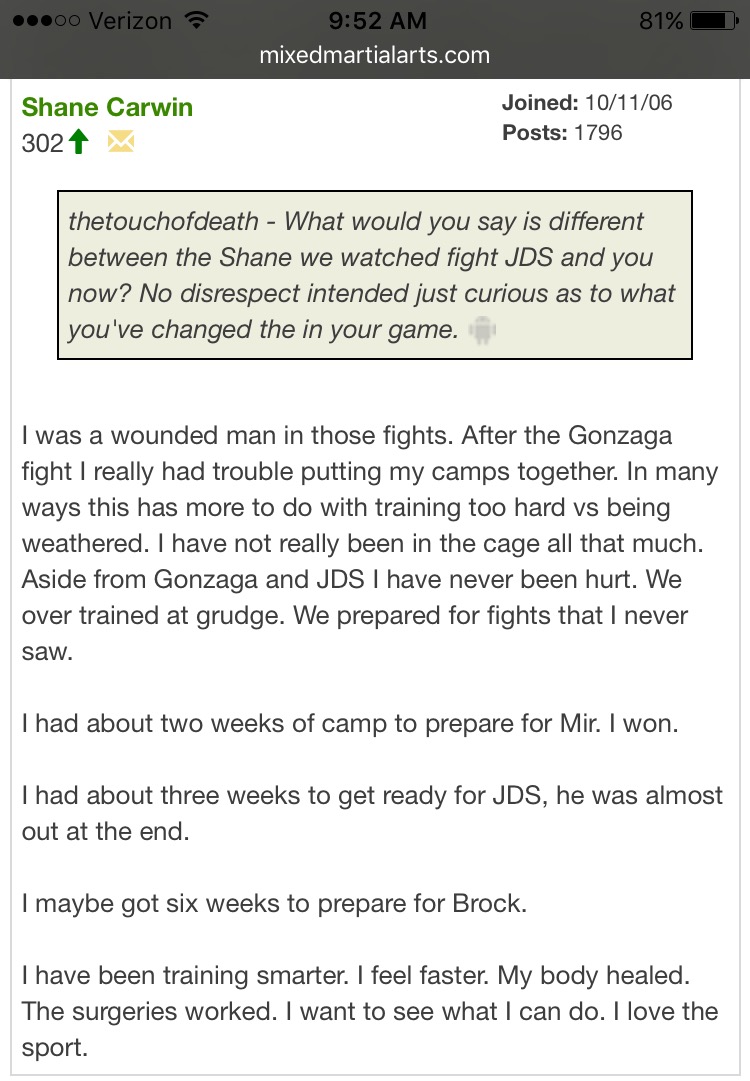 On fighting in Japan for Rizin 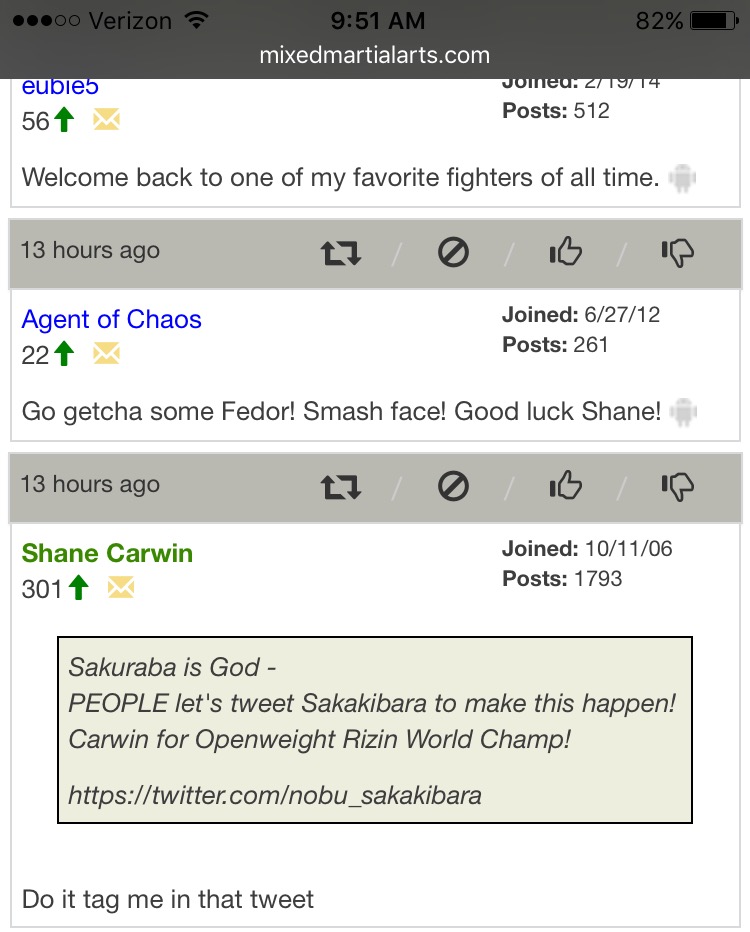 On negotiations with the UFC 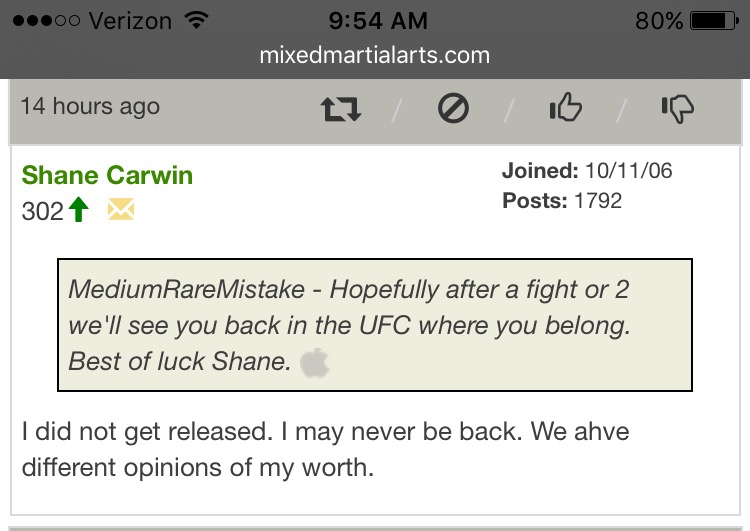 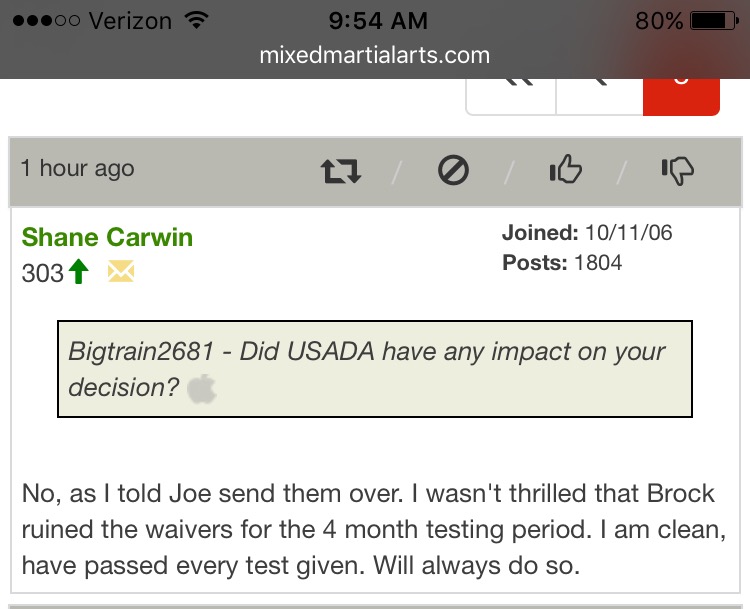 On fighting for Bellator, ONE FC and more….maybe even the WWE 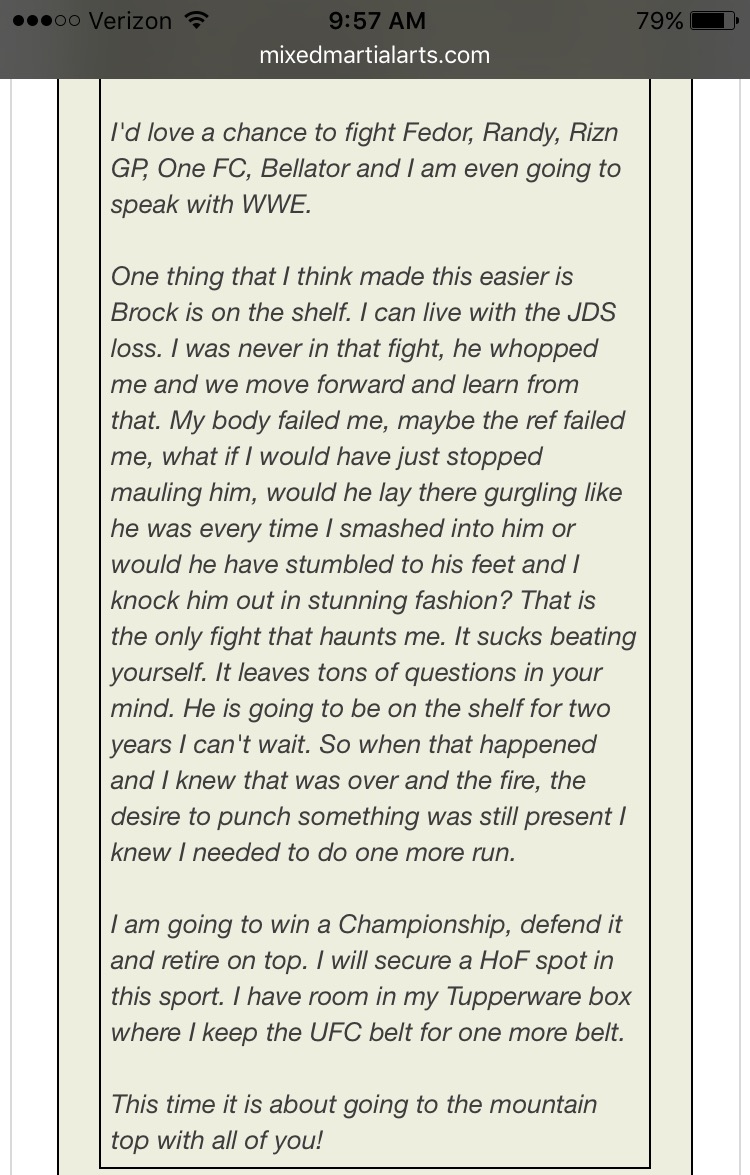 Whoa. On getting a note from Fedor after his fight with Brock Lesnar at UFC 116 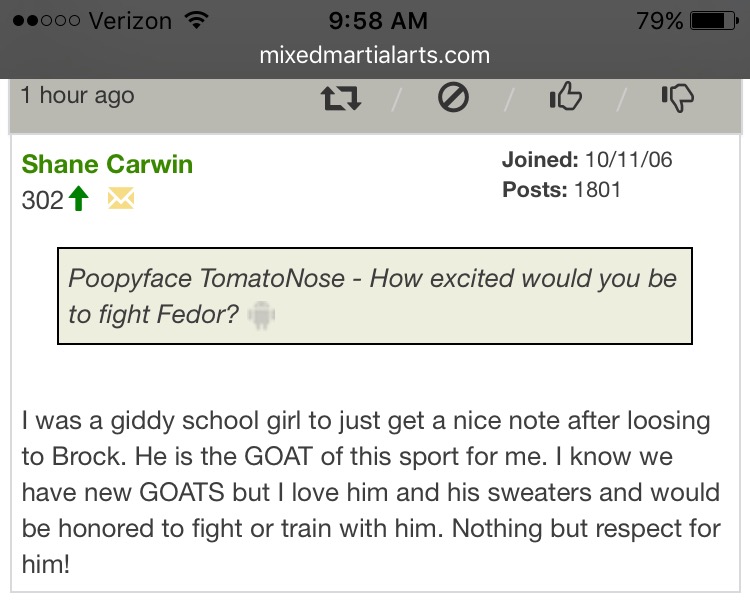