Sengoku: Soul of Fight is shaping up nicely 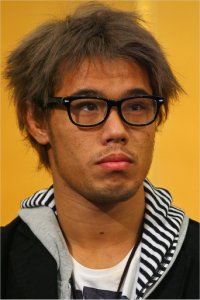 Your Japanese-to-English translation skills may be somewhat hindered by the fact that you can’t understand Japanese. Therefore, you may not have comprehended what happened this morning in Japan at the joint SRC/FEG/JMAGA press conference. In short, on December 30th, Sengoku will have an MMA version of Woodstock. The company has called it a ‘Combat Sports Festival’ that will begin early in the morning and end somewhere around midnight. Sengoku is pushing the December 30th festival as an event that families can take their kids to, so we can only assume that plush animals will be involved at some point.

HDNet is expected to cover the entire event (which will go down at the Ariake Coliseum in Tokyo, Japan) and FEG president Tanikawa has stated that he intends to send DREAM and DEEP fighters to Sengoku: Soul of Fight in exchange for some of the WVR stable. The following day, Dynamite!! 2010 will take place and on January 1st, UFC 125 goes down inside the MGM Grand Garden Arena. Three days of roughly around twenty-four hours of straight MMA action and all you have to do is sit in front of your television and attack your Christmas ham with a bowl of potato salad riding shotgun. It’s good to be alive. [Source]