Sean O'Malley sounds off on Joe Rogan for overpraising Marlon Vera's leg kicks in their fight, and discusses who he wants to face next

Suga’ Sean O’Malley got back to form with a big win over Thomas Almeida at UFC 260. However he is not particularly happy with the way Joe Rogan handled the commentary for his last fight.

Heading into UFC 260, O’Malley was in need of a win. He has looked great so far in his UFC career, but he had a bit of a stutter in his momentum after suffering a TKO loss to Marlon Vera, and needed to get back on track.

He did just that too, scoring a massive KO over Almeida to prove that he was still getting better. He also showed an increased ability to take leg kicks, which was part of the reason why he lost to Vera in the first place.

As much as Sean O’Malley was happy with his performance against Thomas Almeida, he was not too thrilled with something else. Looking back on the fight against Marlon Vera, he did not care for Joe Rogan’s commentary work.

Speaking in on Food Truck Diaries, Sean said that he thought Joe put too much emphasis on the leg kicks that Chito landed, despite them not doing much damage, save for the one that took his leg out. He also feels like the commentator did not pay enough attention on the kicks he was landing himself.

“I was very upset with Rogan’s commentary on my fight. He was just saying how Chito kicked my leg off me, beat my leg up. You go watch that, I kick his leg way harder, way more than he kicks mine,” O’Malley said.

“When I was fighting Chito, I pulled out, and literally his big toe hit that nerve and I got dropped,” O’Malley added. “Joe said ‘It happens all the time, it happened to Michael Chandler.’ It doesn’t (happen all the time). It hasn’t happened since my fight.”

Following the win over Thomas Almeida, fans have been wondering what could be next for Sean O’Malley. Initial rumors from Chael Sonnen were that Dominick Cruz wanted the fight, but he has since shot down these remarks.

In Sean’s opinion, this is because the former bantamweight champion knows that this is a bad matchup for him. While he would like to fight Dom, he does not think Cruz wants the fight.

“I was excited about the Dominick Cruz fight. If he called me out, and I took that fight, that’s who I was fighting next. I got excited about that until he went on Ariel Helwani’s show and said he literally didn’t text Chael at all. That got me thinking that’s probably not the fight he’s looking for… I didn’t think he’d want that fight anyway. I don’t think it’d probably be a good matchup for him.”

Who would you like to see Sean O’Malley fight next? Would the bout with Dominick Cruz be something that makes sense? 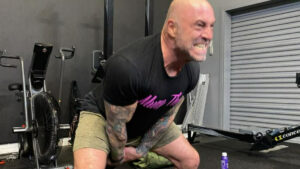