Sean O’Malley had been beefing with former two-division UFC champion Daniel Cormier. He criticized the latest Hall of Fame class inductee for having a bias when commentating. O’Malley believed Cormier might have something against him and despite holding direct talks on air, their feud seemed far from over.

In an episode of TimboSugarShow, ‘Suga’ Sean shared what went down in his latest encounter with ‘DC’.

“DC finally came and apologized. He said, ‘Suga, I’m sorry. I know you know how to check leg kicks. I know you’re the best kickboxer in the world. I know you got jiu-jitsu of black belt level. I know you could probably ankle pick me. I’m sorry, Suga. I will not talk bad on your name ever again,’ f**king flinched at him and he scurried out of there. Kidding!”

O’Malley didn’t want to be feuding with someone who could probably beat him up.

“He came up to me, we don’t not like each other. For me, I don’t want to have beef with someone that could probably beat me up so I was like, ‘yeah bro, we’re good.’

“No, I think we’re good, we’re in the same business and that’s kind of the entertainment business. He does YouTube, his ESPN sh*t so he’s doing his thing, I’m doing my thing.”

Bellator MMA prospect Valerie Loureda recently signed with the WWE. With a growing number of MMA professionals transitioning over to pro wrestling, O’Malley will likely not join the list as he is certain to keep fighting till he’s old.

“I have to still fight. I have to fight. I realize and understand that I will not be able to fight when I’m past 40. I gotta fight from now until I can’t anymore.”

Cain Velasquez has been behind bars since his arrest for multiple charges, the most gruesome of which was an attempt to murder. The former UFC heavyweight champion allegedly chased Harry Goularte, the man accused of molesting a young relative of Velasquez, and shot in his direction.

O’Malley talked about the ongoing developments and discussed what he would do in such a scenario.

“You can’t blackout and go shooting at them on the highway, you can’t do that. You find ’em, you shape their eyebrows, you punch their teeth in, give ’em a couple of black eyes, do it [in a way] he doesn’t know it was you. Next week, you come back you do it again.”

“What else are you going to do? I’d probably kill him.”

“Who knows if there’s CTE that plays into that. He’s been the heavyweight champ, and they spar hard. It’s a sh*tty sh*tty situation, it’s f*king sad, he should not be in jail. There’s people that should be in jail, he’s not one of them.”

Sean O’Malley is set to fight Pedro Munhoz this Saturday at the T-Mobile Arena in Paradise, NV on July 2 at UFC 276. 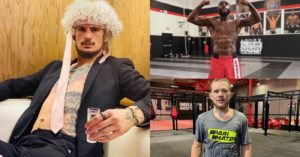 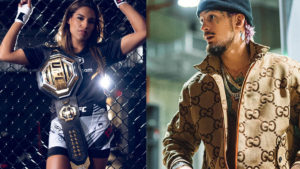 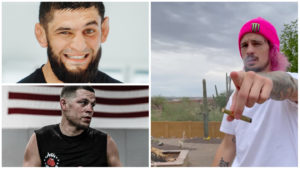 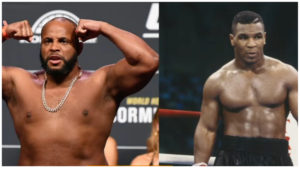 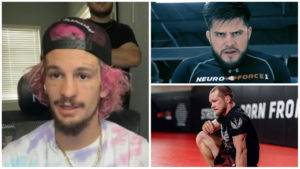