Say goodbye to a dream fight against Jon Jones, Gegard Mousasi is dropping back to middleweight

Mousasi is going back to middleweight, check his Facebook status.

Gegard Mousasi has decided that when he heals up, he’s heading back to the middleweight division. Why? Probably to avoid those giant 6’4 guys that lurk at 205, kind of like the one he almost fought a few months ago.

Can’t blame the man, he was once a top middleweight, earning victories over the likes of current UFC contenders Jacare Souza and Hector ‘muscles on top of muscles’ Lombard.

I do wonder why he’s deciding to make the move now — it’s not like he was suffering at 205. Sure he had that King Mo fight in which Mo repeatedly took him down and that weird draw with Keith Jardine, which featured a lot of blood but no victor.

Other than those clunkers, I would say that overall his light heavyweight run was full of, mostly, good fights. 205 will miss you Mr. Mousasi, but I guess you’re going home. 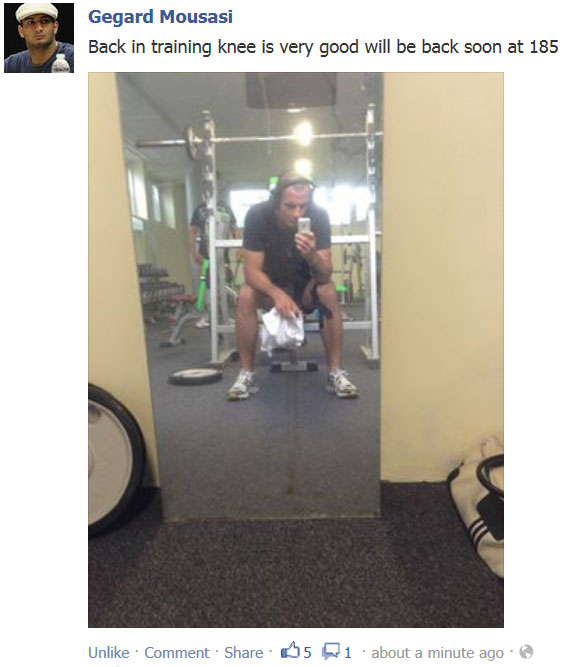 The disgusting in you is telling us you want to see Cat Zingano's knee get drained by a doctor
Read Next Post →
Click here to cancel reply.