Santiago Ponzinibbio On Kamaru Usman: “I Know I Can Beat Him”

Santiago Ponzinibbio believes he can solve the puzzle that is Kamaru Usman.

Kamaru Usman remains perfect in the UFC Octagon with not much adversity in his title reign.

One question is still unanswered: who can possibly stop the unstoppable UFC Welterweight Champion? #13 ranked contender Santiago Ponzinibbio believes he has what it takes to dethrone the king of 170.

A Score To Settle

After all, the two do have unfinished business to settle.

In May 2018, rising contender Usman was scheduled to face off against Ponzinibbio on his home turf in Argentina. The duo were supposed to headline a UFC fight night card… but it never took place. “The Argentine Dagger” would take an injury to his hand right before the booked date.

With a surgery to be done, BJJ specialist Demian Maia would step in as a replacement to face the future UFC Champion in Argentina.

Since the scrapped bout, the 34 year-old would take some time off after beating Neil Magny in late 2018. Ponzinibbio would go 1-1 in his return in 2021, scoring a ‘fight of the night’ win over Miguel Baeza. 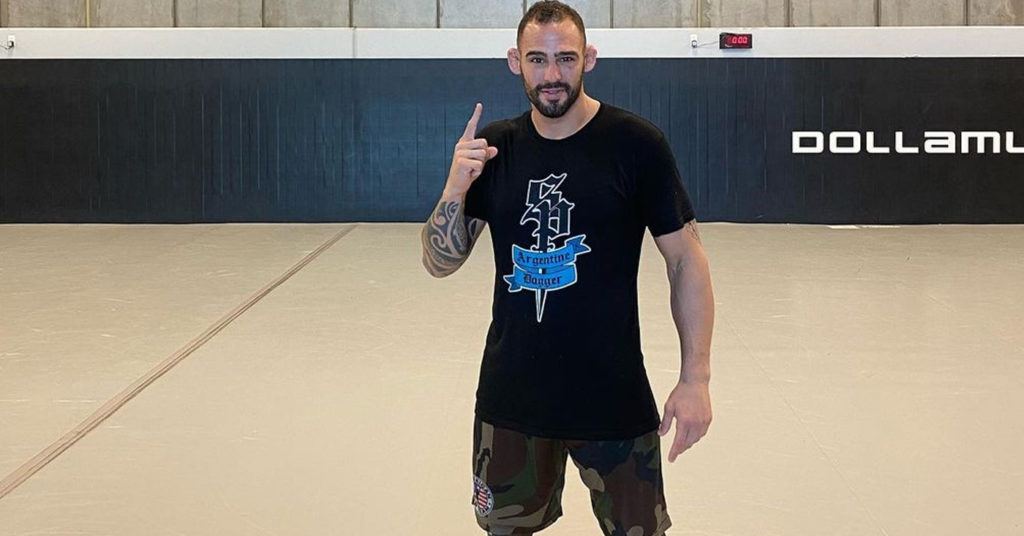 Moving up the rankings, a fight with the champ Usman is inevitable from the mind of the Argentinian.

“I really respect Kamaru Usman.” Ponzinibbio said on MMA on SiriusXM. “I think he is the best fighter pound-for-pound right now. I love the fight for me, I accept it, main event in Chile. I take the fight, then an injury, I need to pull out.

Is Santiago Ponzinibbio the kryptonite to the Nigerian superman, Kamaru Usman?