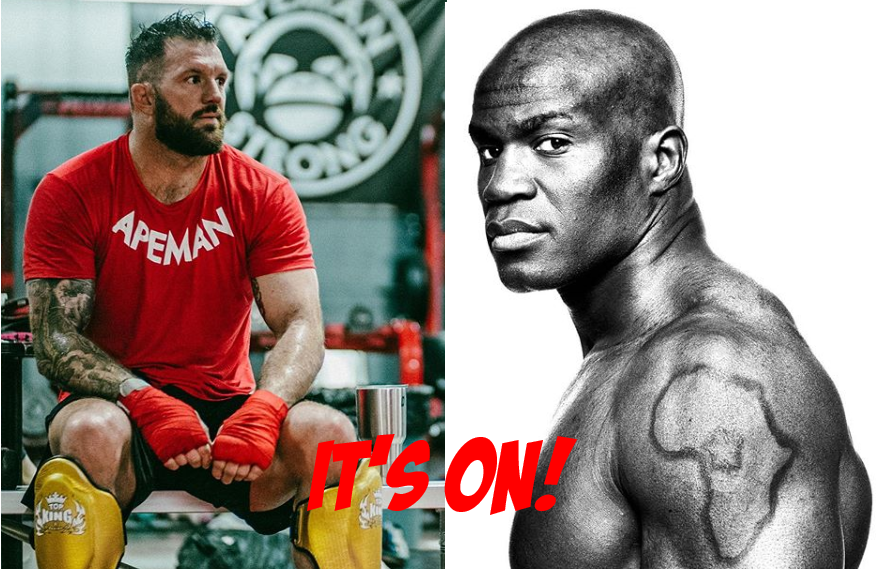 Bellator Announces Bader vs Kongo For Heavyweight Title In September

Bellator’s first champ-champ is putting one of his titles up for grabs, this fall. Ryan Bader will be taking on Cheick Kongo, in a heavyweight title fight.

Ryan Bader made his claim for being the best fighter not in the UFC, by becoming the first double champ in Bellator history. He already held the Light Heavyweight strap, before signing up for the heavyweight tournament. Subsequently, he dominated all the competition in the tournament. Additionally, he knocked out Fedor in the first round of the finals.

Now, 8 months later, Bader will look to defend this title against his first challenger; Chieck Kongo. The 44-year old Kongo is riding an 8-fight win streak, heading into this contest. His most recent victory was a decision over Vitaly Minakov, with two first-round knockouts prior.

Bellator broke the news, and it was followed up with an Instagram post from Ryan Bader. According to the announcement, the bout will take place on September 7th. Additionally, it will take place at the SAP Center, in Sacramento, California.

“Been waiting awhile for this! I will be defending the Heavyweight title Sept 7th against Kongo who is on an 8 fight win streak in the division. Let get it.”

Although there are no other bouts announced for the card, it is expected that the start of Bellator’s featherweight tournament will also take place on this card. There have been no bouts, or bracket announced for this tournament, yet.

Stay tuned to MiddleEasy for further bout announcements, as they develop.