Rumor: OMG. UFC 205 may include Cerrone vs. Lawler AND McGregor vs. Alvarez in NYC

The Fight Gods respect the hallowed grounds of Madison Square Garden. For the UFC’s first event in New York City, the promotion is just unloading the clip with tasty fantasy matches. Our bodies are ready for the UFC 205; please give us all the striker friendly fights our chest plate can handle.

First we got this

UFC News: @danawhite just told me the papers are signed off on a Robbie Lawler vs. Donald Cerrone match for #UFC205 card at MSG in NYC.

And Wednesday was good. Donald Cerrone versus Robbie Lawler is the fire emoji come to life but in actual cage fight form. We’ve run the numbers and it’s mathematical impossible for Cerrone and Lawler not to end up being a very violent night in the cage. 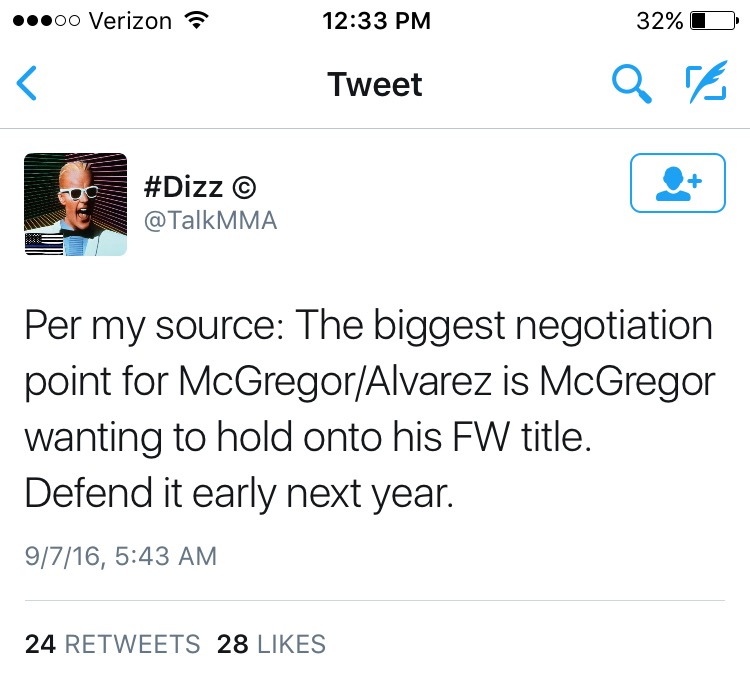 Good God Almighty UFC 205 has turned into complete and utter madness. So here’s the thing on this 155 pound super-title versus title–fight: Conor McGregor is still holding up negotiations with the UFC. The one thing stopping a huge, lightweight championship bout with Eddie Alvarez at UFC 205 seems to be McGregor wanting to still hold onto the featherweight belt (and money).

Mystic Mac’s condition being give him (more money) and the chance to become a dual weight champion and then defend the 145 pound belt with Aldo in early 2017 at a gigantic card. Most likely this is where McGregor would push for Croke Park, Ireland (and even more money) and would undergo another World Tour.

The McGregor World Order may make its next stop in New York City. Can Eddie Alvarez save the UFC from another hostile takeover?

Dang so Cowboy and Lawler get on 205 in NY before the title fight between me and DC?