Rumor: CM Punk hints he may return to the WWE at their December 27th Smackdown show in Chicago?

CM Punk rumor alert. Five, ten, or even fifteen years from now rumors of CM Punk making his grand return to a WWE ring will still bubble under the surface. Anytime a Ring of Honor star makes some headway in the WWE, a wrestler drops a pipe bomb style promo or pays homage by using one of Punk’s moves in the ring, chants or rumors will break out of an unlikely pro wrestling reunion.

No matter how much distance Punk attempts to put between himself and his pro wrestling roots, the two cannot just quit each other. CM Punk, former full time pro wrestler, current mixed martial arts rookie, will occasionally poke at rumors of his return to a WWE stage.

With the WWE holding their year end Smackdown episode in Punk’s hometown of Chicago , Illinois, rumors are once again surfacing of a triumphant CM return to a pro wrestling TV setting. The lights go out, a hush floats above the crowd, the opening riff of Living Colour’s “Cult of Personality” blasts through the speakers as CM Punk returns to the WWE? 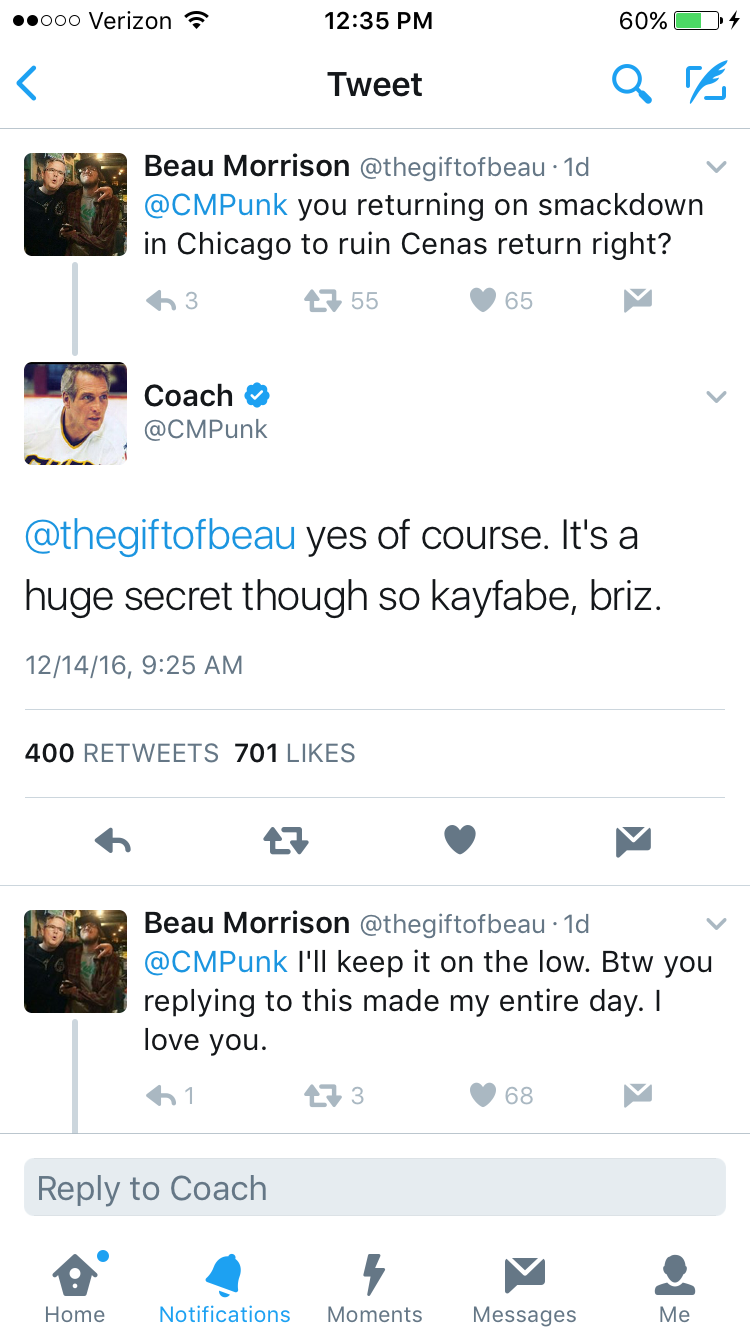 Maybe don’t bet on it? But it doesn’t hurt to fantasy book it.

A Lesson in Street MMA: Fight by that pond, feel free to punch KO your opponent into the water
Read Next Post →
Click here to cancel reply.