Rumor: Brock Lesnar’s next WWE match will be vs. Goldberg at Survivor Series? Sure why not

With the shadow of the Nevada Athletic Commission hovering over him, Brock Lesnar still doesn’t give a damn what you think. Get a huge top ten heavyweight win at UFC 200? Lesnar did that. Have a controversial and bloody match at SummerSlam in August? Brock did that. Book Brock Lesnar’s next WWE match vs. Goldberg at Survivor Series? The WWE may do just that.

According to a rumor set off by former WWE announcer and pro wrestling legend Jim Ross, the WWE, Brock Lesnar and 90s superstar Goldberg are in deep talks about a super-fight of sorts in November. In pro wrestling where there is smoke, there may be a wild Bill Goldberg walking through it on his way to some sweet entrance-way pyro.

Ever since Goldberg walked away from the WWE more than a decade ago, rumors pop up every year about the former NFL player turned WCW main eventer returning to the squared circle, doing something with MMA or even having a kickboxing match. Even by pro wrestling tall tale standards if a Brock Lesnar vs. Goldberg match went down at Survivor Series in the year 2016 it would still be mind-boggling.

Per good old JR prep your mind to be blown 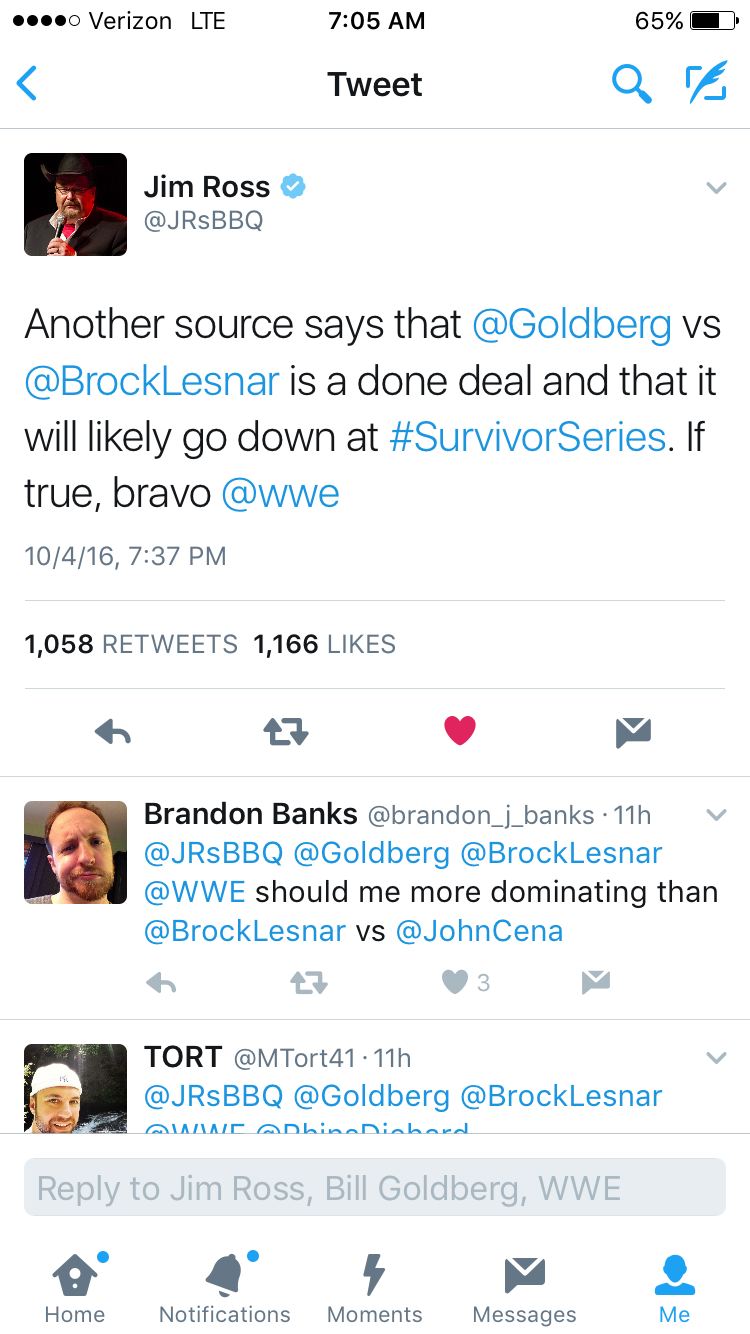 So Chechen Dictator Ramzan Kadyrov had kids knocking out kids at his MMA show, here’s the video
← Read Last Post