Despite being arguably the biggest star in football, Ronaldo revealed he prefers to watch combat sports over the beautiful game. 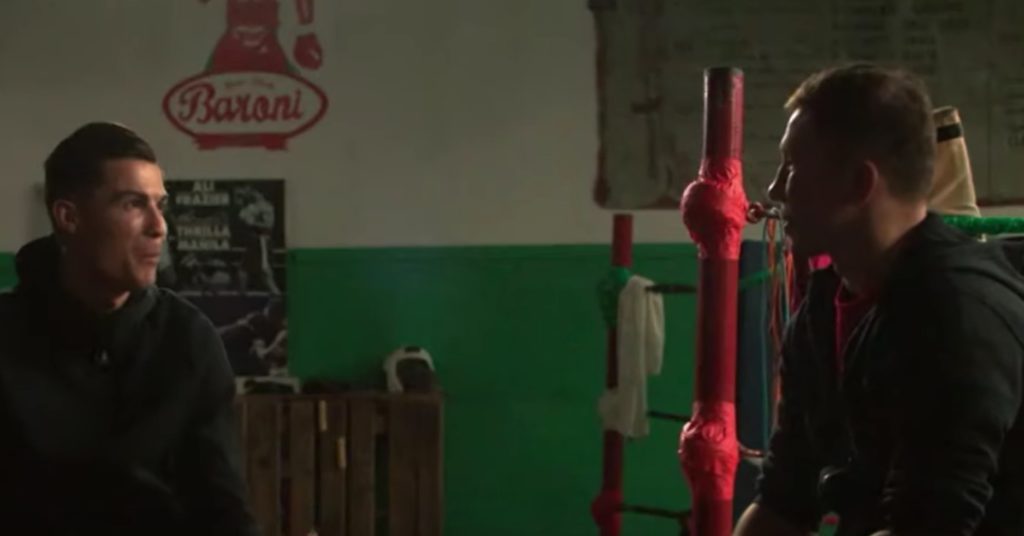 Cristiano Ronaldo is a bigger fan of combat sports than we thought.

The Juventus forward is no stranger to interacting with stars from the world of combat sports whether it’s boxing or mixed martial arts.

And despite football being his passion — having dominated the sport alongside Lionel Messi for well over a decade — Ronaldo actually prefers to watch a boxing or UFC fight.

“Playing football is my passion, but I prefer watching other sports on TV,” Ronaldo said during Parallel Worlds on DAZN with boxing star Gennadiy Golovkin. “Between watching a football match or a boxing or UFC fight, I choose boxing or UFC.”

Ronaldo: I Couldn’t Be A Boxer

Ronaldo is known for his dedication and fitness even at the age of 35 where he is defying the odds to continue being effective at the highest level.

That being said, he doesn’t think he could have ever been a boxer as he believes people are born with the gift to box.

And while boxing is a useful training method for football, Ronaldo prefers playing a sport with teammates.

“I don’t think I could have been a boxer, it’s tough,” he added. “You have to be born for that, with that gift. When I was at Manchester United, a coach boxed with me. I think practicing boxing is useful for football because it sharpens your senses and you learn to move.

“Boxing is a little more difficult because you are alone when you compete. You work in the gym, you have your team, but they then they don’t play with you, they just train with you. In our case it’s different, it’s more fun because we train, we laugh, it’s a different kind of sacrifice.”

Hopefully, Ronaldo doesn’t change his mind and decide to follow the path of Nate Robinson.