While the Combat Sports world worries about Mayweather versus McGrgeor on August 26th in Las Vegas, we’re over here with our jaws dropped about the balls on the UFC Fight Pass account. Not worth a follow on non-UFC Fight Pass event days, the FP Twitter account came out of nowhere to throw body blows late Monday night.

Mayweather and McGregor just signed contract. Fight is on.

Floyd vs. Conor on Aug. 26? That's the plan at the moment. My story: https://t.co/e8HqOn7FaS #boxing #MayweatherMcGregor

UFC Fight Pass out in these social media streets taking no prisoners and somehow managed to talk shit to a MMA media member, throw massive shade in the direction of Bellator’s upcoming PPV attraction, then get completely buried by its own fans all in the span of 90 seconds. A fascinating online train wreck. 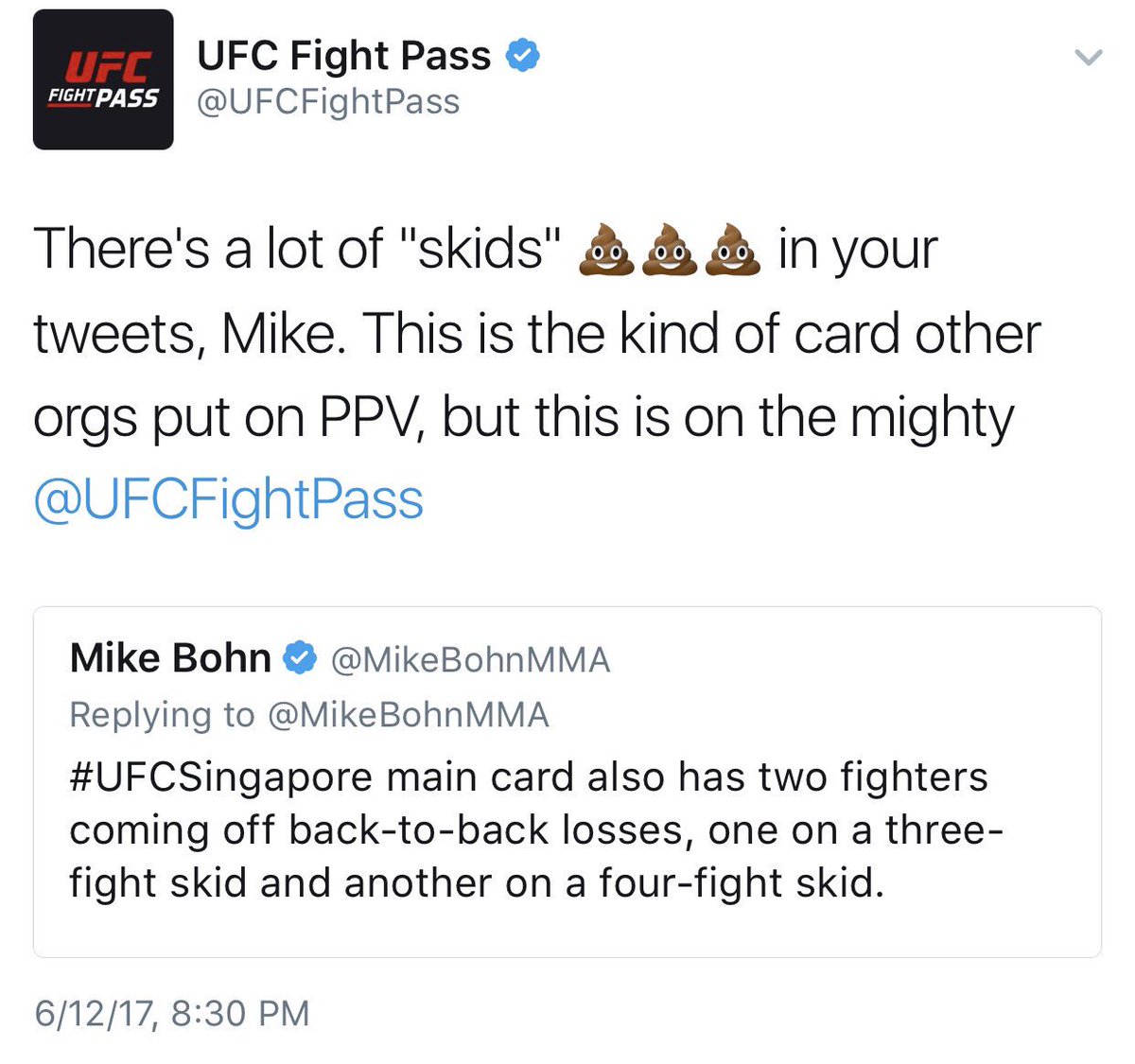 I believe this is what the kids call … pic.twitter.com/fEqi67Kkxc

You don't even have an app for the most popular gaming platform in the world (@PlayStation ). Stop tweeting & get to work

Lol, nobody would be putting that card on ppv. There's nothing even maincard worthy on that.

Video: Joe Lauzon defends Reebok-UFC deal, gets endlessly attacked by his own fans for it
Read Next Post →
Click here to cancel reply.