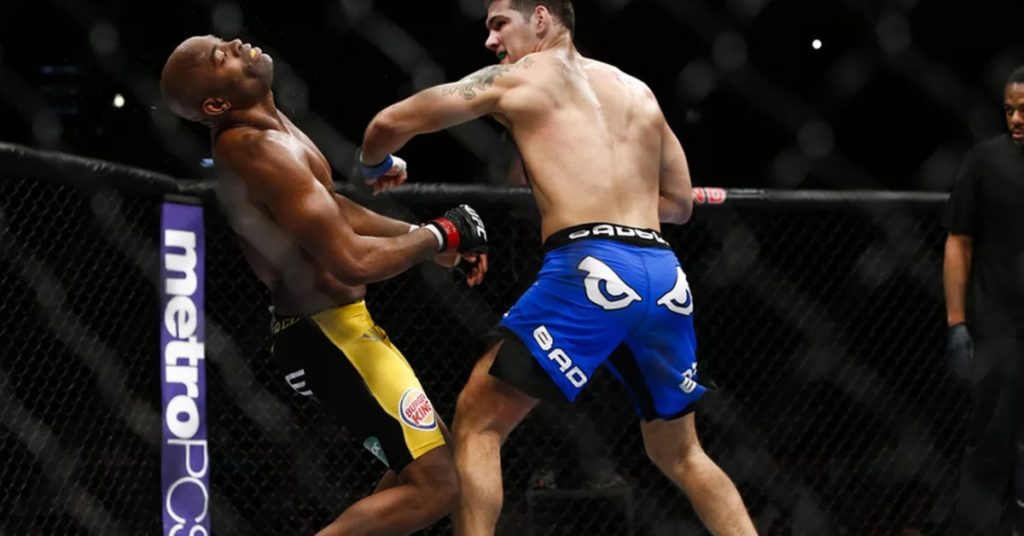 Yannis Pappas is a comedian based out of New York City. On a recent episode of the Joe Rogan Experience podcast, Pappas sat down with Rogan as they discussed MMA. One of the many topics discussed was the mental toughness of wrestlers and what makes them special. One of Yannis’ most vivid memories was spending time with former UFC Middleweight champion Chris Weidman.

Pappas and Rogan on Chris Weidman

Weidman is known mostly for defeating Anderson Silva twice in 2013, along with his collegiate wrestling pedigree. Nicknamed the “All-American,” Weidman uses his NCAA All-American wrestling credentials to wear down opponents. However, one of Chris’ hidden traits is his cerebral mindset. Both Pappas and Rogan spoke about the wrestling mentality, featuring Chris Weidman.

” I think wrestlers have the strongest brains because that sport is so f***ing brutal. These great wrestlers who get into fighting like Weidman.. his mind was unbreakable. He would get into the ring and break guys.”

The Mindset of a Wrestler

As the conversation continued, the pair mentioned other wrestlers such as Cain Velasquez. Their belief of MMA wrestlers is that at their peak, they’re unstoppable. Other than that, things don’t go bad until they face the problems of their body breaking down.

“Wrestling has no glory. The people that get into the sport, do it for the pursuit (of greatness.) It’s not like (wrestlers receive) watches, mansions, Bentleys, and rings. The glory is in victory. Victory in the most difficult of circumstances.”

Weidman’s constant pursuit of greatness earned him the UFC Middleweight Championship in 2013, with three successful title defenses. However, as Rogan mentioned, his body began to deteriorate, causing heaps of misfortune inside of the cage. Due to his relentlessness, Chris still has the desire to compete at a high level within the sport.

Even today, Weidman still has aspirations of becoming a UFC champion once again. Perhaps it’s due to his limitless wrestling mentality.