Robert Whittaker Added To Skyrim As A Fully-Voiced NPC

The former UFC Champion has been featured in a popular video game.

While Israel Adesanya crosses over into anime, his foe has landed himself inside a video game.

Robert Whittaker will take on the UFC Middleweight king once again when they meet at UFC 271 on February 12th. Before clearing his next level in 2022, Whittaker would take another quest in the meantime.

This wouldn’t be in the Octagon or at the gym. It would be in the world of Skyrim.

For those who don’t know, Skyrim is a very popular role-playing video game. It has a very expansive open world where you can slay dragons, conjure magic and take on a multitude of different quests. Skyrim happens to be one of the former UFC Champion’s favorite games.

Whittaker has been a long-time brand ambassador for game developer Bethesda. He has promoted their games such as Skyrim and Fallout for years now. Being a massive fan of Skyrim franchise would eventually land himself inside the RPG.

In what looks to be the coolest mod of the decade, Whittaker would be added as a companion NPC (non-player character) in the virtual world of Skyrim. ‘Bobby Knuckles’ would be brought to in-game life by professional modder Virginia “Steelfeathers” Smith. This new mod is semi-official with Bethesda.

“Might be my greatest achievement.” Whittaker said of having himself inside Skyrim.

The companion character would resemble Whittaker, complete with his shoulder tattoo, goatee and buzzcut hairstyle. Those weren’t all the details that were present though. The character’s name shows up as ‘Robert The Reaper’.

‘The Reaper’ also reaps the UFC fighter’s actual voice when you interact with him. Like his rival, Israel Adesanya, Whittaker would dive into voice-acting. The voice and looks wouldn’t be all that were included with the character.

His coaching abilities from The Ultimate Fighter 28 would be brought into the game. The NPC is available to help the player learn unarmed combat skills within Skyrim. Robert helps you throw a decent punch in his tutorial.

This is some of the dialogue you get, when you first talk to ‘Robert The Reaper’ in-game:

“There’s a lot of dangerous people out there, bandits, forsworn, you name it. You want them to think twice about hurting you. I’m a pretty decent fighter myself. The least I can do is teach him the basics of how to defend themselves.”

Watch Robert Whittaker react to meeting his own NPC below: 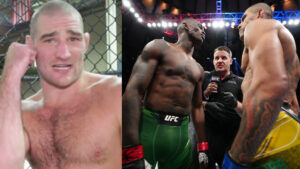 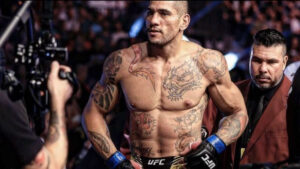 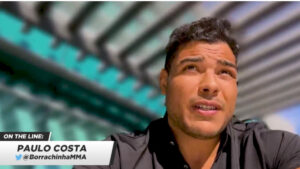 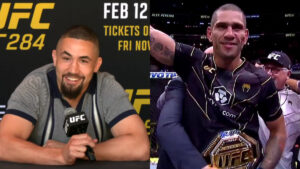 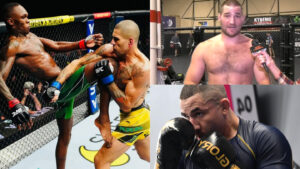 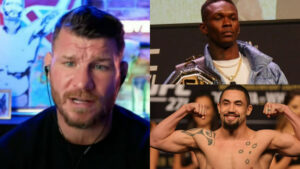