Robbie Lawler vs. Jacare Souza is going down for the Strikeforce middleweight title 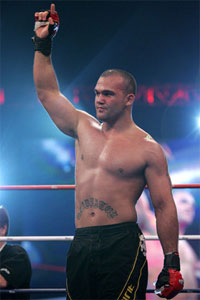 I have a coupon for Taco Bueno. It says ‘limit one coupon per customer per day’, but I don’t think it’s fair. It should say ‘limit one customer per coupon per day’. If I can’t get a beef taco, no one should — except for that one lucky person per day. One day I may be that lucky person, but more often than not, I will have to shell out the $0.89 for a beef taco. It’s a small investment for such a receptive award. I know that beef taco wants to get consumed as much as I want to consume it. There are mutual benefits in this short, fast-food relationship. That taco was made for one thing, to fit in my mouth at 3am on a Saturday morning. It knows its purpose, much like the Strikeforce middleweight belt. It was placed on this earth to be defended and in this instance, Robbie Lawler is next in-line to attempt to claim the title from Jacare Souza on January 29th.

According to MMAFighting, Jacare Souza will make his first defense of his newly acquired Strikeforce middleweight belt against Robbie Lawler. This may come as a surprise for some, but according to the hyper-advanced computer algorithm operating on FightMatrix.com, Robbie Lawler is actually the number one contender for the middleweight title with Tim Kennedy coming in a somewhat distant second (after him is Cung Le, Luke Rockhold and Matt Lindland).

The title bout will go down on the same card that will host Mayhem Miller vs. Tim Kennedy, Herschel Walker vs. someone named ‘TBA’. Fedor Emelianenko vs. Antonio Silva will not be on this card unfortunately and will most likely be held in some far-remote, distant place called the unknown and questionable future. [Source] 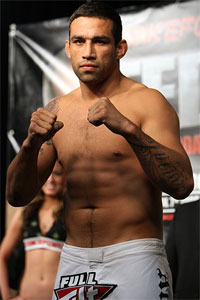