Rizin’s Back! Everything you need to know in our full RIZIN 10 preview

The greatest promotion in all of mixed martial arts returns to your screen on May 6th. The JMMA giant Rizin will be hosting their first PPV event of 2018 RIZIN 10 in the Marine Messe Fukuoka arena in Japan.

It’s a stacked card with newly crowned bantamweight champion Kyoji Horiguchi facing off against America’s Ian McCall; the unluckiest fighter in MMA. The ‘Gooch’ Horiguchi won the belt back on the December grand prix card. Along the way, he managed to finish all four fights in the grand prix; he beat game opponents in the tough, heavy hearted Shintaro Ishiwatari, the brash and arrogant Manel Kape, the undefeated prospect Gabriel Oliveira and long-time MMA veteran Hideo Tokoro.

As for McCall; he made his Rizin debut and MMA comeback in December against Manel Kape; tension was high heading into the fight due to a weigh in scuffle with Kape, where Kape flicked McCalls hair, this led to McCall throwing a strike at Kape and needing to be separated by Rizin boss Nobuyuki Sakakibara. (Check below for video.)

The fight had all the makings of a slugfest but was ended prematurely due to McCall being cut from the rings rope. ”So MMA” This made the ringside doctor step in to stop the fight and Kape was declared the winner and he progressed to the semi-finals where he was ultimately stopped by Horiguchi in the third round via arm triangle.

McCall VS. Horiguchi was the fight that most people had on their radar and where hyped for, but it unfortunately never happened on the Rizin December card; until now. The two fighters will square off against each other on May 6th.

Also on the card will be the women’s super atomweight champion Kanna Askakura who pulled off a major upset by beating fan favorite Rena Kubota via first round submission back on the December card. This time she’s going to be defending her belt against the Canadian, Melissa Sophia Karagianis; who is (3-3) in her pro MMA career. Most analysts and fans expect it to be an easy fight for Askakura but who knows? It’s JMMA and craziest things do happen in Rizin.

One of Kickboxing’s greatest prodigies will also be fighting; Tenshin Nasukawa will be taking on flyweight MMA fighter Yusaku Nakamura in a kickboxing fight. Tenshin is only nineteen years old and has amassed a jaw dropping (25-0) pro kickboxing record alongside an amateur kickboxing record of (99-5- 1 draw). His fundamental kickboxing skills are off the charts and he’s so young; his body hasn’t even full developed and at age nineteen he’s knocking out professional fighters left, right and center. He even has some pro MMA experience going (4-0) in Rizin.

Although his opponent Yusaku Nakamura is no walk in the park. He’s (14-5) in Pro MMA and is very good at controlling distance in his fights. Will Tenshin continue his incredible journey or will Yusaku Nakamura stop the teenager dead in his tracks ?

Stay tuned to MiddleEasy for the greatest in Rizin and Japanese martial arts. You can buy the PPV from the good folks over at Fite.TV 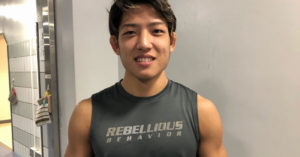 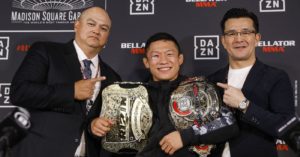 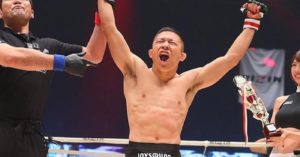 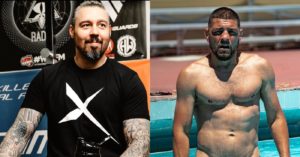 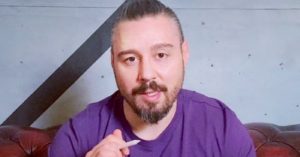 Dan Hardy Has Asked For His UFC Release, Considering Move To RIZIN Or ONE Championship 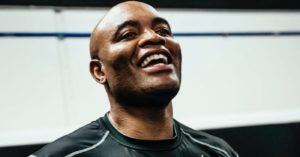