Yes, this is good. Its 2017 and our bodies are now ready for grappling ace Garry Tonon to make his long anticipated mixed martial arts debut. Oh and we also want the four time EBI champion to fight in a ring rather than a cage.

Also, if possible can the Fight Gods reignite the long standing Garry Tonon versus the Gracie Family rivalry?

A jiu-jitsu black belt making his MMA debut? The Gracie family is somehow involved? Tonon’s MMA rookie mission has Japanese MMA written all over it. Rizin! Rizin, this is your time to shine. This is all you. Per Tonon, he has already been in contact with Rizin officials and has called out none other than Kron Gracie to meet him in the center of the ring. 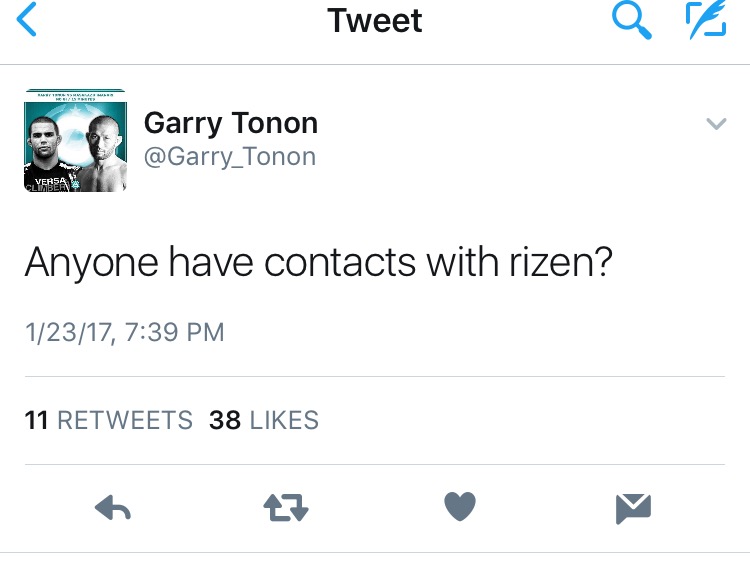 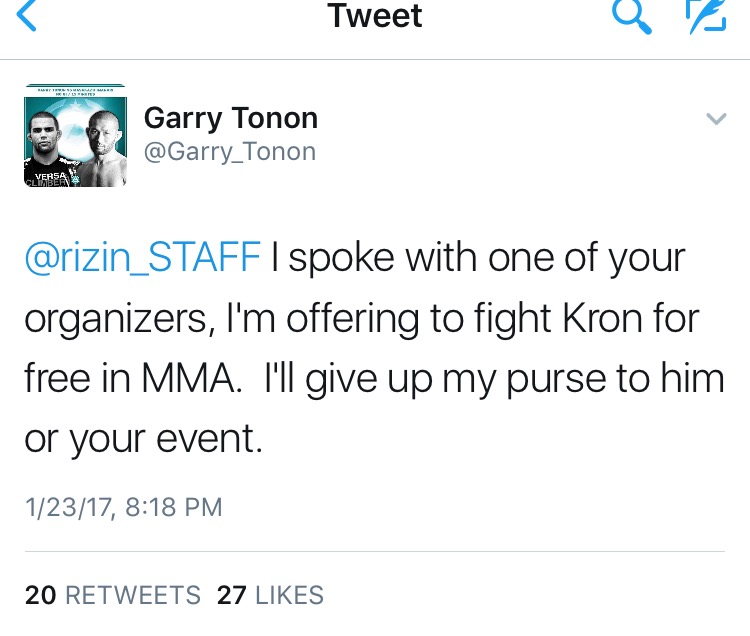 Garry Tonon with not only the ability to snap your limbs or choke you to sleep but he can also now legally punch you in the face? Rizin, make Garry versus Kron happen at your annual spring event ASAP.