Dominick Reyes vs Jan Blachowicz was recently announced for UFC 253 shortly around the time when Jon Jones vacated his UFC light heavyweight title. 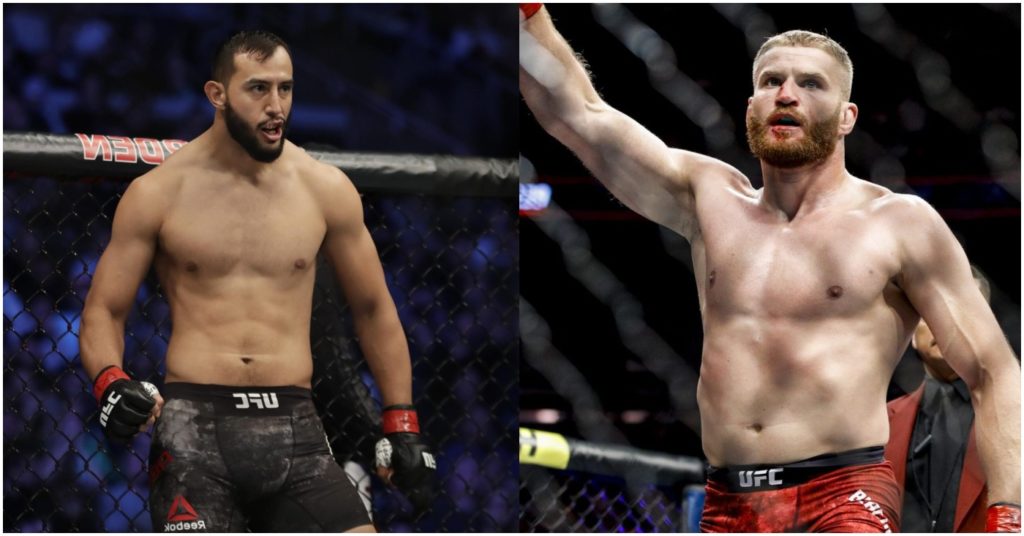 UFC Light Heavyweight superstar Jon Jones teased awhile back that he would vacate his 205lb championship. After feeling disrespected by the organization financially, Jon took to social media today to make the news official. With the division now being up for grabs, it appears that the UFC is acting rather quickly to advance the division. As of now, Dominick Reyes vs Jan Blachowicz is currently in the works for UFC 253 on Sept. 26.

Jones is currently not happy with both the UFC and Dana White specifically. In regards to Jon and a potential super fight with Francis Ngannou at heavyweight, negotiations to make the fight happen are stalling. Jon has stated that Dana is lying about the amount of money that he asked for. While Dana has stated that Jon can either sit out or he can fight. But, he won’t be getting an alleged $20 or $30 million.

Thus leading to Jones vacating his light heavyweight championship. But, it didn’t take the UFC too long to keep the ball rolling. According to sources revealed to ESPN, the UFC is currently working on Reyes vs Blachowicz. Now that Jon has relinquished, the fight could be for the vacant title. Although, the details and finalization of the match are far from being complete.

“Breaking: A 205-pound fight between Dominick Reyes and Jan Blachowicz is in the works for Sept. 26. The fight is nearly agreed to, but the stakes are being worked out. UFC is working with current champ Jon Jones right now to figure out his next move,” wrote Brett.

As of now, there’s no official word if the matchup will have title implications. However, it would make sense due to their respective contenders’ status being ranked and at #1 and #3 respectively.

Do fans believe the matchup should be for the vacant title? Let us know in the comment section.