Report: What’s the best possible MMA Army to take into battle with you?

We should probably be working on our 2,000 word UFC on Fox: Jacare vs. Brunson 2 prelim card preview but here we are. Let’s talk MMA armies.

Inspired by Deadspin’s ‘What’s The Best Possible Animal Army In A Battle To The Death?’ post, how would a MMA version of this paper-rock-scissors scenario play out?

I’m curious to your choices. pic.twitter.com/EzC0RVXZJP

10,000 crazys rats are tempting but we always tend to lean towards some crocodile, bear or gorilla combo.

So what would a MMA version of this paper-rock-scissors scenario look like? Keeping in mind your MMA army is defending you, not until the death, but until you and your team are KO’d. 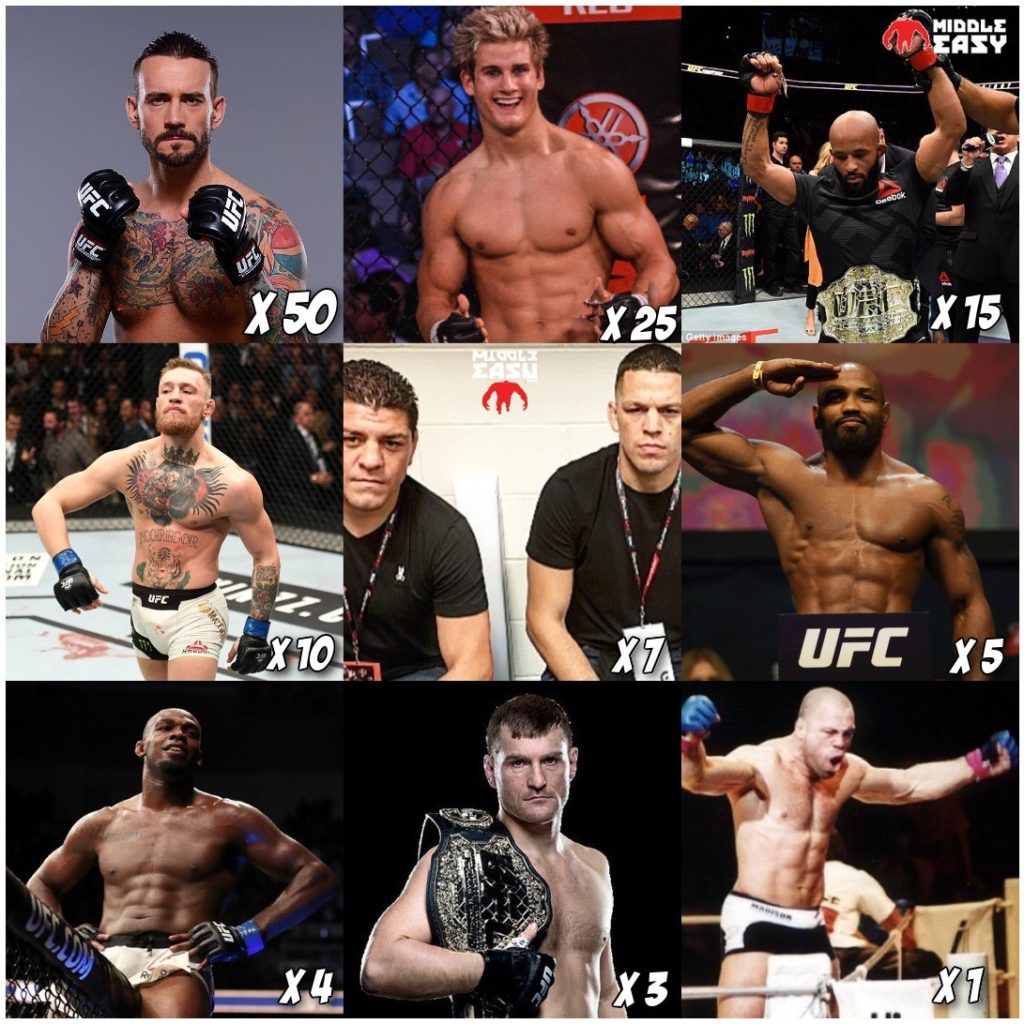 Break out the blueprints for your cloning machine. Pick two to defend you while the rest rush at you trying to knock you senseless. Who you got?