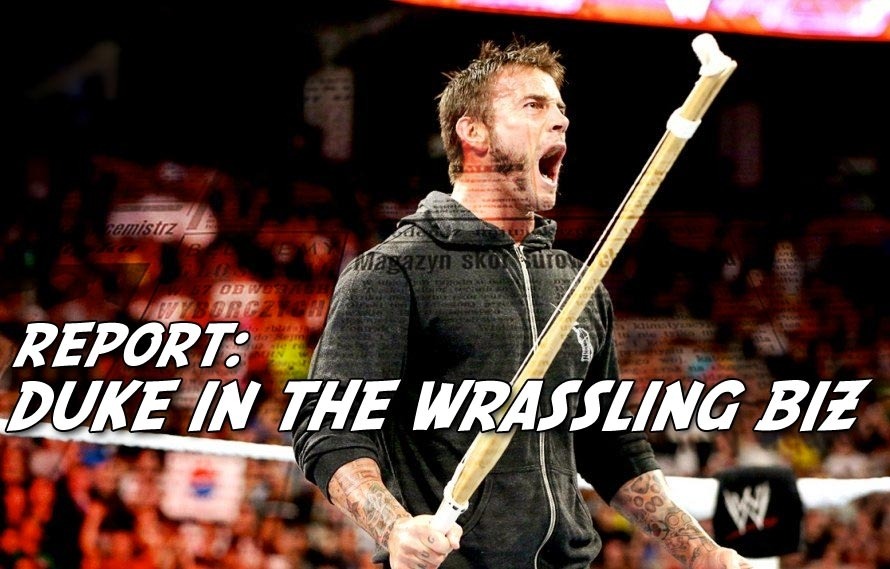 MILWAUKEE, Wisc., Dec. 28, 2014 — Reports have surfaced that new UFC signee CM Punk has finally selected where his home camp will be. According to Twitter power user FrontRowBrian, the professional wrestler known on his birth certificate as Philip Brooks will begin attending Roufusport Academy where he’ll begin studying the sport of Mixed Martial Arts for his UFC debut. This big move will happen on January 5th in 2015. As we’ve heard in the past, though, there are high expectations at the Roufusport Academy and everyone is tasked with helping out the team. It doesn’t take a genius to figure out what Roufus is angling for here with CM Punk.

This bold move by Duke Roufus places them squarely in the professional wrestling business, where it is clear to this reporter that CM Punk will be training the famous Roufusport Fight Team in the ways of professional wrestling. They’ll learn important life skills such as smacking an opponent safely on the back with a chair to make a big smack but to have little impact, how to properly tape up your kendo stick so that it will immediately splinter apart on impact and feel like being hit with a straw and how to fall onto one’s back properly. It’s unclear if they’ll learn to run the ropes or if they’ll instead learn to run in the cage, bouncing off of the chain link fencing.

It is rumored that he’ll be working with the big names at Roufusport Academy, from striking wizards Anthony and Sergio Pettis to amateur wrestling star Ben Askren. He’ll provide them with the skills to survive in the rough and tumble world of “Sports Entertainment” where they can ply their trade under the watchful eye of billionaire muscleman Vincent Kennedy McMahon, Jr. Although, there might be another angle here, considering that Roufus has been known to run his own successful events in the greater Milwaukee area. Is Duke Roufus opening up the hottest new professional wrestling promotion?

More on this story as it develops.