Most people involved in the business of Mixed Martial Arts would say it’s a bad idea to go on Twitter and call a member of the Nevada Sate Athletic Commission, one of the most powerful governing bodies in combat sports, a racist bitch.  But those people are morons.

NSAC chair Pat Lundvall asking Mo if he could read or write, at worst, has racist overtones. And, at best, is still overtly condescending.

The NSAC commissioner didn't sound racist, she sounded like an asshole who let a smidgen of power get to her head. Not sure which is worse.

And while there is debate whether Pat Ludvall was indeed a “racist bitch”, she is undeniably universally disliked in the MMA community. Her future role in Nick Diaz’s punishment for smoking weed and the incredibly large fine handed to Conor McGregor would only make King Mo’s comments look more justified in hindsight.

And now nearly five years to the day he called out Pat Lundvall, how’s King Mo been doing?

Let’s look at the facts. Since Mohammad Lawal hopped on Twitter on March 27th, 2012, he’s enjoyed the biggest successes of his career. He was the first major talent signing for Bellator and Bjorn Rebney. He fulfilled a childhood dream of entering pro wrestling. He won the Rizin Heavyweight Grand Prix. In a modern era of MMA sorely lacking in tourneys, King Mo has been in six different tournaments.  He even managed to call his promoter a d**k rider… and the promotion featured it on the commercials for his next fight. He’s been the main event on five different cards and the co-main on six.

It's been five years since King Mo called Pat Lundvall a racist bitch.
In hindsight, was that:

Moral of the story here, always curse out people in positions of power over you.  Anyone who wants to take control your life is probably an asshole, and they can’t really stop you anyway if you’re crafty enough.  So think about what Stone Cold Steve Austin, that dude who had weed in the Breakfast Club, or King Mo would do, and flip your boss or teacher the bird tomorrow. 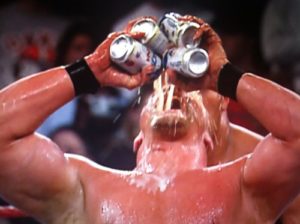 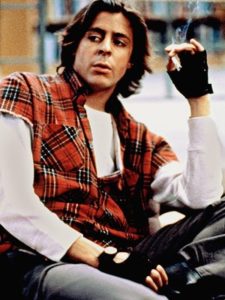 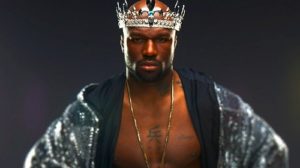