Replay: Dude rides a tricycle to the ring while wearing a Saw mask, gets KO’d in under a minute

Are you really into the Saw horror movie franchise and also into the sport of MMA? Then we have the fight video for you!

Sometimes in mixed martial arts there is just nothing more to say. For this Throwback Thursday video, there is no context needed. You just have to watch this fighter ride to the ring on his tricycle while wearing a possibly homemade jigsaw killer mask.

The result of being a hardcore fan of a sub-par horror film franchise? Getting knocked out in less than a minute of ring time. The MMA world works in mysterious, puzzling ways.

Here's your daily dose of cringe

MMA fighter rides a tricycle to the cage, dressed as the puppet from Saw, then gets KO'd in under a minute pic.twitter.com/07MSdDt0Yt

H/T to @FurysFightPicks for the edit 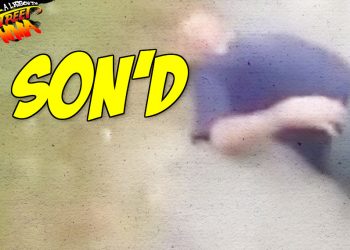 Video: Lyoto Machida Discovers Time Travel, Takes Us Back to UFC 126, and Knocks Out Vitor Belfort with a Front Kick