Rener Gracie remembers his jealousy about missing out on the very first UFC event because he was too young.

Rener Gracie shared a funny story from his youth with Paddy Pimblett on his YouTube channel.

The UFC has been going strong since 1993. In the early days, the events were a no-rules mess of all different kinds of fighters and different kinds of disciplines. The events were crazy and the UFC began to catch a bad rap as some people referred to it as “human cock fighting.” People either loved it or hated it and despite the haters, the promotion quickly grew a cult following. The very first UFC event is now looked back on by avid fans with awe due to the raw setup and crazy outcomes.

The UFC 1 event was held in Colorado and featured a wide range of athletes. The eight competitors that first night ranged from boxers to kickboxers, sumo wrestlers, and taekwondo athletes. Among the mix was Brazilian jiu-jitsu practitioner, Royce Gracie. The Gracie family is widely known for their involvement in the creation of this Gracie jiu-jitsu/BJJ that is used all over the world today. BJJ is an integral part of MMA and the Gracie family is still leading the world in teaching and techniques. However, in that first UFC event, Royce Gracie seemed to be very out of place, that is until he won the whole thing.

One member of the Gracie family, Rener Gracie is now taking a trip down memory lane to discuss his point of view on that historic event. He sat down with UFC lightweight Paddy Pimblett to talk about this and more.

“UFC 1 was 1993 November 12. I had just turned 10 years old on November 10th. So two days before UFC one, I turned 10. Now there was this massive dilemma in the household because my older brother Ryron was 12 and I was 10,” he said. “And Ryron was permitted to go to UFC 1 as a 12-year-old, for the first ever UFC. And I was like just turned 10, double digits, I was so pissed that I didn’t get to go because I was like, No, you’re too young, you’re too small. So I’m at home. 10 years old, trying to celebrate my birthday but pissed off and everyone’s at the UFC. I’m at home with my mom, like watching on TV.”

He recalled what a huge event it was in his family as his uncle Royce was going to show the world the Gracie form of BJJ. He was sent there as a sort of representative to show that their form of martial art was the best and could be used to defeat any other form out there. That is exactly what he did, winning three fights that night and becoming the first-ever UFC champion. The no-holds-barred format led to massive violence and blood much as there is today, but today there is much more care and organization when running the event. Rener explained how the UFC took care of the cage back in that day.

“And just when I thought I couldn’t get any more upset about not getting to go to the UFC. I’m watching this thing live and in between the matches, in between the fights, when the guys were like bleeding out, you know, in the fights are getting cut open, their mouth is kicked open tooth falling out, and they’re bleeding on the mat. My brother and our cousin had rag towels in their hands and spray bottles at 12 years old. They were running into the Octagon, they were spraying the blood and they’re wiping down the blood at 12 years old,” he said. “People all over the country were watching this on Pay-Per-View. They were seeing the “blood boys” that were scraping down blood that were 12 years old doing this. And you got all kinds of calls from all over the country saying this is crazy. Children should not be wiping blood for grownups in the ring. So that got shut down pretty quickly. That was the last time they got to be the “blood boys”. But I’m telling you I was still jealous for many, many months after that, that I didn’t get to go and further that I didn’t get to be one of the original “blood boys” of UFC 1.”

This story by Gracie is the exact kind of thing that fans of the UFC love to hear about. It is such an amazing journey, what the UFC has done to grow from an event like that to the massive events we now see weekly in the biggest arenas all over the world. 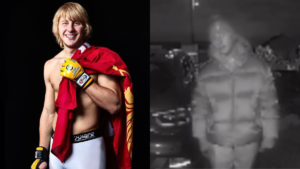 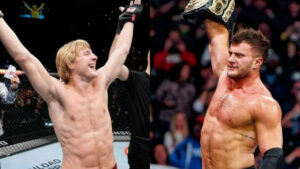 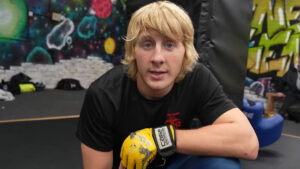 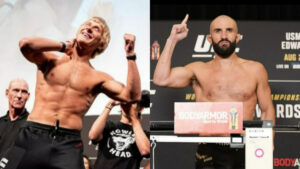 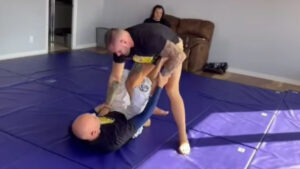 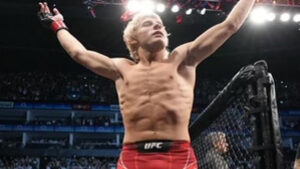