Raphael is the rawest turtle

Weekly poll results are in and out of all the Teenage Mutant Ninja Turtle Characters, you think Raphael would have the best MMA career pulling in 22.7% of the vote. Just behind was Master Splinter nabbing 21.2%. Donatello only grabbed 1.5% of the poll. Bummer, I always thought the bo-staff was rawesome. The next question was What’s the cheapest move in MMA? Bas Ruten is going to be bummed about, because 39.2% thought the Liver Punch was the absolute cheapest move in MMA just followed by Brock’s favorite, the ankle lock nabbing 37.3% of the vote. The Triangle only pulled a low 2% of the poll. And finally, If President Obama was an MMA fighter, who should his next opponent be?. Kim Jong il (or as I like to call him ‘Lil Kim’) won with 33.3% of the vote. Surprisingly, the president of Iran (at least we still think he’s president…not sure) received only 14.3%.

It’s a new week which means new polls which ultimately means less time you have to work/go to school today. The new questions for this week are:

You know what to do, vote often and vote silly(ly?). Lets get it on. 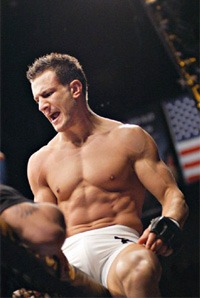 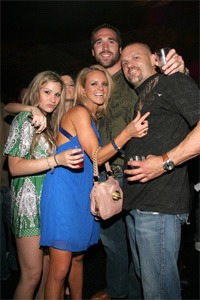