Rampage Jackson vs. Tito Ortiz is going down November 2nd in Bellator, WHAT?!

Tonight at Bellator 97, the entire MMA community assumed the ‘LOL, WHUT’ pose when it was announced that Rampage Jackson won’t be boxing Roy Jones Jr., but instead he will be facing Tito Ortiz on Bellator’s first PPV card on November 2nd.

Yeah, we couldn’t guess it in a million years either.

Earlier today I tried calling the director of PR over at Bellator, but he ducked my phone calls throughout the afternoon so I knew something was up.

Well there you have it people, Rampage Jackson vs. Tito Ortiz going down in Bellator — which means Tito Ortiz is not only out of retirement, but he’s signed to Bellator. Wow. Props to Zprophet for the .gif.

Oh, and the poster for the PPV. 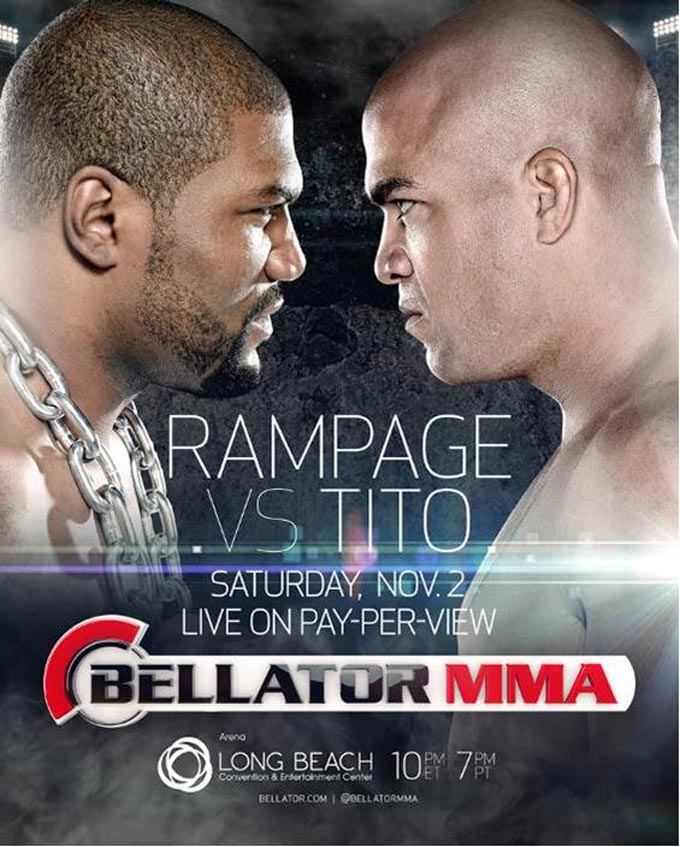