Rampage Jackson is already doing Impact Wrestling, check out what he did tonight…

Eventually we’ll have video of Rampage Jackson’s appearance on tonight’s episode of Impact Wrestling, but this screen shot compilation created by @Y2CASEY is the best we can do for now.

So there you have it, folks. The former UFC light heavyweight champion is doing professional wrestling on an international stage. What a ridiculous way to waste one of those wishes you got from that genie in the lamp you found wedged behind that NBA Jam arcade inside the Greyhound Station in Abilene, Texas.

If there’s a video of Rampage Jackson’s appearance tonight, feel free to post it in the comment section and we will hand out the appropriate props in this article. 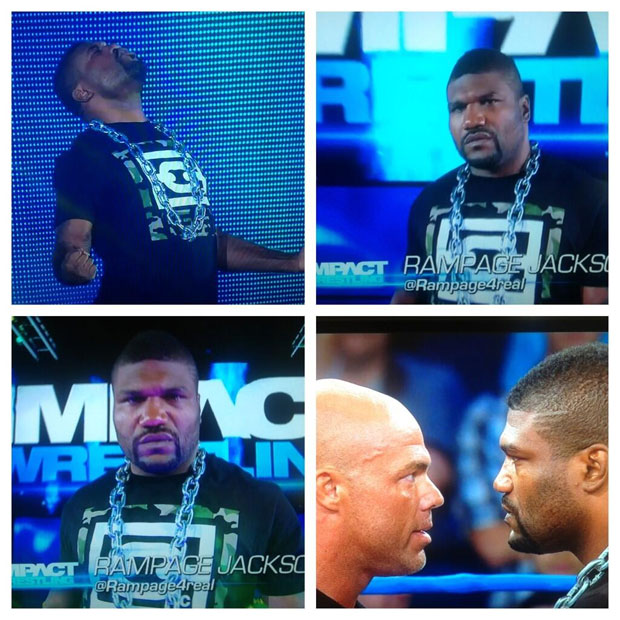 And now we have the video, compliments of Impact Wrestling.