Rafael dos Anjos body update: RDA looks like he did vs. Pettis, ready to smash Cerrone

When the UFC partnered with the USDA to oversee drug testing their fighters, everyone in MMA assumed past alleged “steroid cheats” bodies would slowly morph into bad 1970s clay animated characters. Another hot or odd trend in MMA is every time a fighter from Brazil has lost since the USDA changeover it’s obviously been because of stricter drug testing. Obviously.

Current UFC lightweight Rafael dos Anjos has battled a tin foil cloud of PED conspiracy theorists basically ever since he beat the shit out of Anthony Pettis for the belt. How else could RDA have beaten Nate Diaz, Benson Henderson, and Pettis? I mean Pettis was on a cereal box for Christ sake!

There are now two ways dos Anjos can silence the critics and or conspiracy theorists; step one was looking good or better at the UFC Orlando weigh-ins. Step two will be to bash the head in of Donald Cerrone. Step one appears to be complete and don’t forget that when this title fight was booked Cerrone was leading a campaign accusing RDA of alleged PED usage. 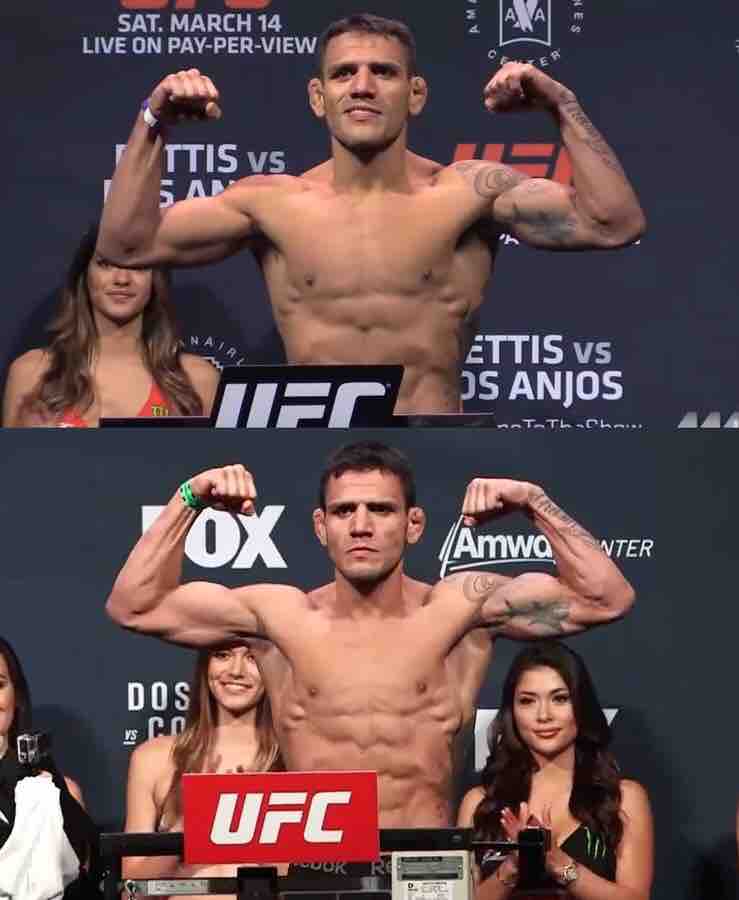 A Lesson in Street MMA: In Boston defend the takedown or get dropped on your head, KO'd
← Read Last Post