Wait, Did Someone Seriously Ask If Kids Would Fight In The UFC? 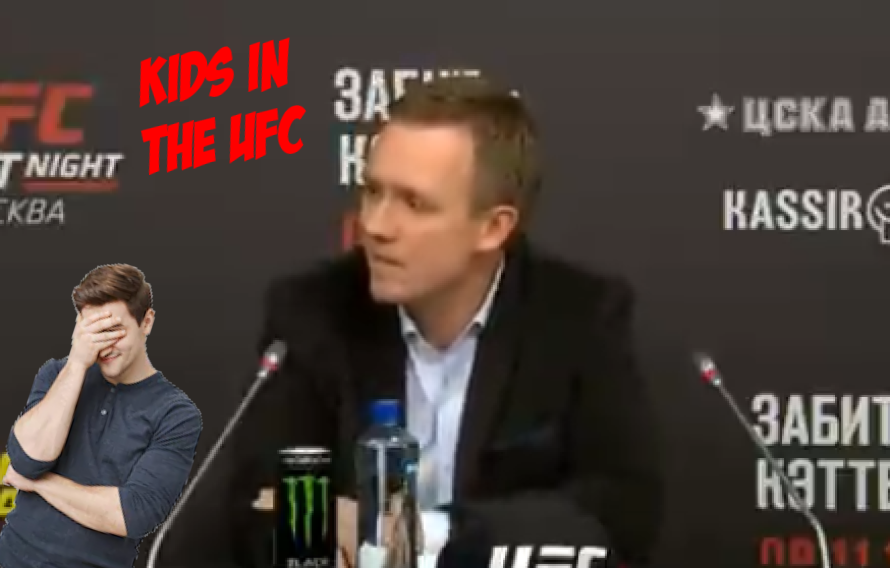 Media Member Asks Question About Children In The UFC

Over the years, there have been some pretty ridiculous questions asked at press conferences. However, UFC Moscow may have just taken the cake.

UFC press conferences can be a bit wild at times. When the UFC holds events that feature fan questions, that magnifies. However, you do not need to be a fan to ask a silly question.

Over the weekend, the UFC went to Moscow, with Zabit Magomedsharipov vs Calvin Kattar in the main event. Subsequently, after the curtains closed on the card, there was the typical press conference. This was when one member of the press asked a less than ideal question.

While UFC President Dana White was not there to handle business questions, David Shaw took on that role for the day. Although after the question he was asked, he may have regretted this decision. During the presser, some unidentified media member asked about children fighting in the UFC. (Video from Jed I. Goodman)

Oof, that question was a doozy. It is unknown what this reporter’s angle was, when asking this question. All one can do is hope that it was not coming from a place of actually wanting to see kids in the Octagon. Either way, this was a dumb question to ask all the same.

But hey, at least we know where the UFC stands on children fighting.