Some of the rules and regulations of the new Power Slap League have been announced.

Ever since UFC president Dana White announced that he, along with former UFC owner Lorenzo Fertitta, were getting into Slap Fighting the MMA community has been interested in learning more. Back in October, it was announced that the Nevada Athletic Commission approved the regulation of this new sports league. At the time very few details were announced but now NSAC has released the first round of rules and regulations.

With any new sport, it will take some time for fans to learn all the rules involved and all the terminology, the following will help clear some of that up for new slap-fighting fans.

In slap-fighting, two athletes stand across from each other and slap their opponent one at a time. According to the rules, the person throwing the slap is called the striker and the slappee is called the defender. Dana White’s Power Slap league promotes three-round and five-round matches. Each striker will have to stand in a specified box with both feet on the ground. They will have to specify how many wind-ups they plan to use prior to the strike. Two referees will be on hand to make sure the strike lands flush and in the correct region of the face.

The strike must be flush with the whole hand and fingers and palm must land at the same time. On the flip side, a defender must not actually defend at all from the strike. They cannot flinch or tuck their chin and must hold a “Power Slap Stick” behind their back with both hands. If they flinch it will be called a foul. The strike must land on the side of the face as specified in the regulations.

“The cheek, tracing from the jawline but excluding the chin (i.e., the area measured from the lips downward) and ear, to the height of the beginning of the eye, below and excluding the temple, then to the middle of the face on the outside of the eye and back to the starting point on the jawline only,” the rules read, h/t MMA Fighting.

Each round is scored out of ten. The fight will end by knockout or decision. If a defender is knocked down, they will receive a ten count to get back up and must show that they are capable of continuing. If a fighter is the defender in the first round and gets knocked out, they could possibly receive up to two minutes to regain consciousness.

“Once the referee declares the finish, a clock of two minutes begins,” the rule states. “During this time, the Defender is given two minutes to recover, establish their fitness to continue as determined by the referee and cleared by the supervising physician, and complete one Permitted Slap of their opponent. If the return strike results in a technical knockout or knockout of their opponent, the match is declared a Draw. If the return strike has any other result, then the Match result stands.”

There has been some pushback about the dangers associated with the sport, especially since the blows are isolated to the face and head. The Nevada Athletic Commission is there to make sure everything is run safely. The athletes will undergo medicals and must pass brain scans to get a license to participate. 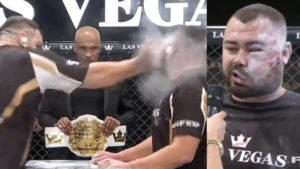 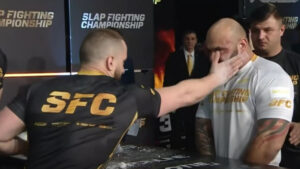 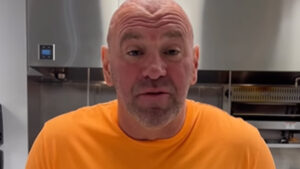 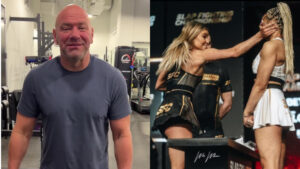