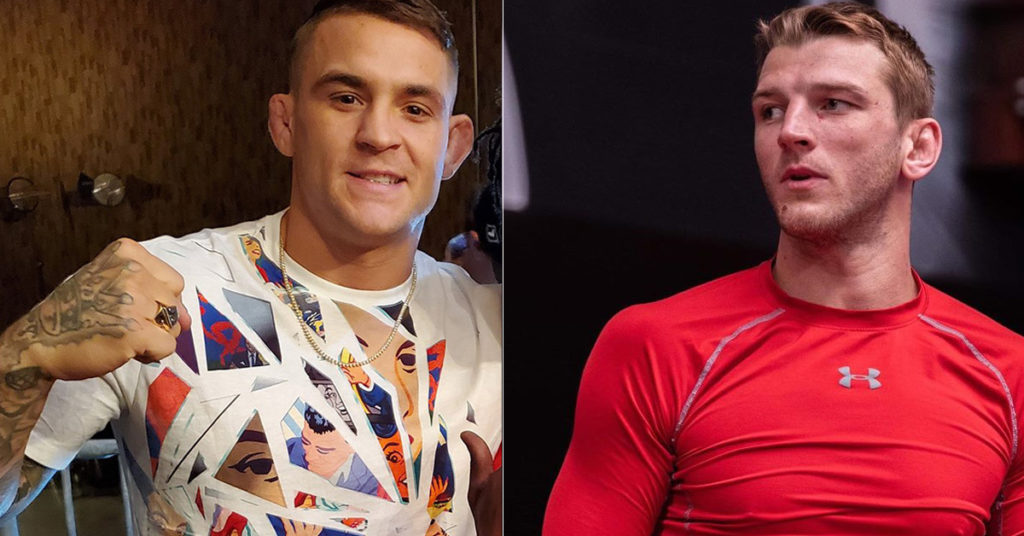 Lightweight contender Dan Hooker will get his wish as he is set to face former interim champion Dustin Poirier.

According to MMA Junkie, a lightweight bout between the pair is in the works to headline UFC San Diego which takes place May 16.

The pair have been going back-and-forth in recent days about fighting each other with both being receptive to the idea. It looks like the UFC also likes the idea based on the report, though there is no official announcement as of yet.

Poirier hasn’t competed since suffering a third-round submission defeat to Khabib Nurmagomedov in their lightweight title fight at UFC 242 in September last year. “The Diamond” has since undergone hip surgery and has been targeting an opponent that excites him.

It appears Hooker fits the bill. “Hangman” is on a three-fight winning streak following victories over James Vick, Al Iaquinta and most recently Paul Felder last month. A win over Poirier would arguably be the biggest of the New Zealander’s career and potentially put him into title contention.

The UFC returns to San Diego for the first time in five years on May 16 with the event taking place at the Pechanga Arena.