Naturally, Cummins took so much damage during the first round of his majority decision victory that he was rushed directly to the hospital.

This isn’t the first time Cummins took outrageous damage in a victory.  In fact, it’s par for the course.  Check him out after UFC 190 and his win over Rafael Cavalcante. 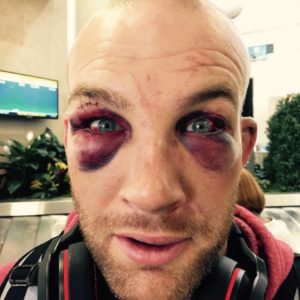 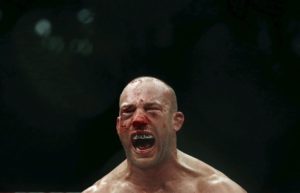 No one in the light heavyweight division wears damage like Patrick Cummins.