Ah, Halloween. When all the ghouls and the goblins are out and sometimes the UFC fighters we know and love put on some make-up or an outfit that makes us laugh or, at least think to ourselves… why? I’m sure more will come pouring in before the weekend is totally over, but there is already some gold out there like full-sized bars in a rich neighborhood.

We’ve took the liberty of compiling what’s out there so far and intentionally avoiding posting any Conor McGregor related costumes since they are more popular than even clown outfits.

Neil Magny as Prince pretty much wins everything.

It’s not MMA, but Floyd Mayweather’s Iron Man (and explanation) costume is just too corny (and incorrect) not to share.

If I'm going to be any superhero, I have to be the richest superhero. #TonyStarks aka. #IronMan #Halloween2016 pic.twitter.com/gLzXT6Y6jl

Met a guy at a Halloween party dressed as @EliasTheodorou i went as me. pic.twitter.com/uKSqKZYliP

Not from this year, but Joe Lauzon just shared this which is terrifying.

To get that image out of your head, here is Miesha Tate as… Sexy Luigi? 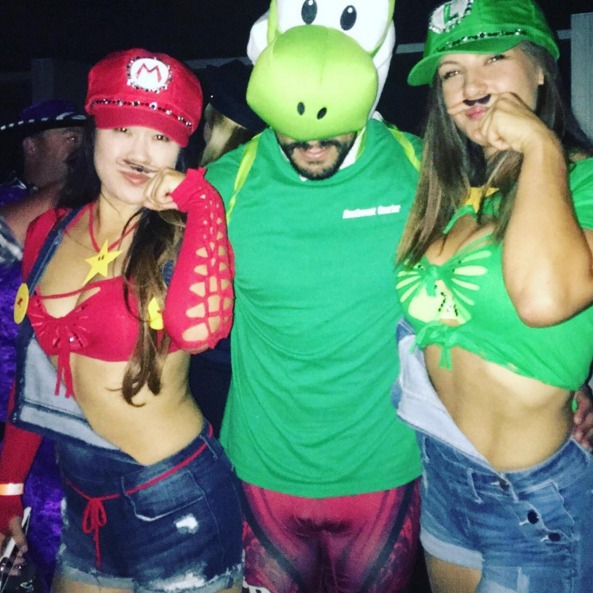 Damn, sorry Magny. I think Joe Rogan as the Mad Hatter takes it this year. 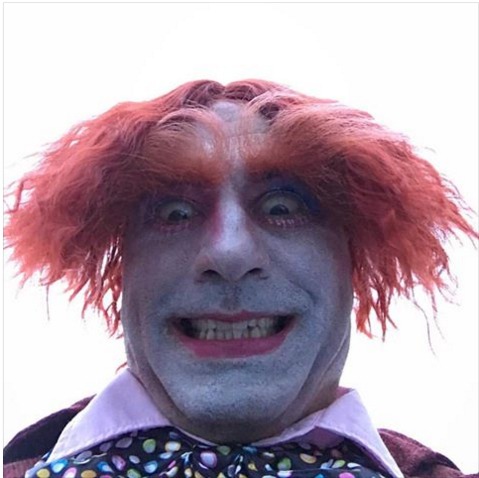 Let’s finish this off with Roxanne Modafferi and Serena DeJesus sparring as Goku and Scorpion.

Video: To gain the powers of eight limbed attacks Cris Cyborg eats a giant tarantula on a stick
Read Next Post →
Click here to cancel reply.