Pic: Ummm which WSOF champion sold his belt to a pawn shop in Vegas?

Who wants to be a fucking World Series of Fighting Champion? We all kind of vaguely remember watching WSOF fights over the course of the last five years, well now you to can become a WSOF champion if you go to the right pawn shop.

So this puts into perspective where exactly the WSOF is on the sports landscape.

The WSOF actually held ten events in 2016 and only one in 2017. We don’t know much about WSOF but they helped the UFC find Marlon Moraes and Justin Gaethje, so a hat tip to them.

In 2018, the WSOF will turn into the Professional Fighters League (PFL) and insteade of trying to piggyback off MLB’s World Series, they are now going with an even more vague, more generic form of MMA branding. PFL? Okay then.

From a pawn shop in Las Vegas, someone from the WSOF sold their championship belt and a fan bought it. Bless this sport called MMA. 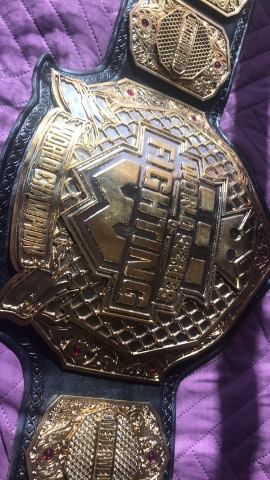 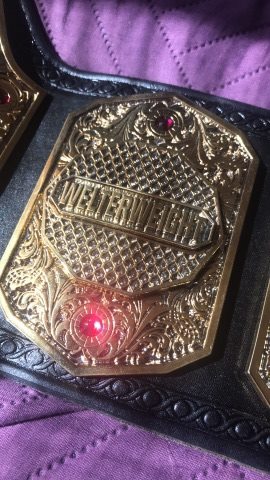 The pictures say it’s the welterweight WSOF belt and the promotion has only had three 170 pound champs in it’s five year run. Steve Carl, Rousimar Palhares or Jon Fitch, please come forward and explain why you pawned off this piece of WSOF promotional history. A single tear just rolled down Ray Sefo’s cheek and now we know why.

Huge H/T to Oscar “The Grouch” Avila for the find

Hi. AJ LaFond here. I designed the original and by far best WSOF Championship Belt complete with genuine gemstones and three layers of gold plated plates. The belt in question was designed after I refused to make belts without genuine stones , and since my design is owned by me , they re-did logo's and belts. I decided that I wanted the winners to keep their belts for life so they could display it for family etc.. if they lost a Championship fight, then the new champ got a belt also for life. If they won again , they didnt get an xtra belt. The only exception to that rule was David Branch , who was given 2 Middleweight Belts by me and one Light Heavyweight belt. But a few xtra belts were made in case these champs lost the title. This belt pictured was the 2nd design - So I think this may be perhaps an xtra belt that was made in case of a loss by a current belt holder

- There are two designs of the WSOF belt: One from 2013 and the second from 2016, which is the one at the pawn shop. - Steve Carl and Rousimar Palhares both held the first design. However, since they both lost their titles before 2016, they never held the second version of the belt. - The second belt design debuted at WSOF 29 on March 29th, 2016. Neither Palhares or Carl were part of the WSOF roster at that time. Jon Fitch is the only WW to hold that belt's design after beating Joao Zeferino at WSOF 30.