Pic: UFC.com blows it, lists Joanna Jedrzejczyk as champ & still has her with belt at UFC 223

A Reebook-esque blunder has happened over at UFC.com. If you’re an ultimate fighting connoisseur you’ll have seen the graphics that show fighter stats.

I’m afraid there isn’t anything safe from the Reebook grammar curse. I guess there isn’t any photos of Joanna without a belt (She’s also facing the wrong way). It takes a little while to notice but once it’s seen it can’t be unseen.

UFC is known to have many avatar-less fighters so maybe Joanna should count herself lucky she even has a photo. Check out the blunder below. 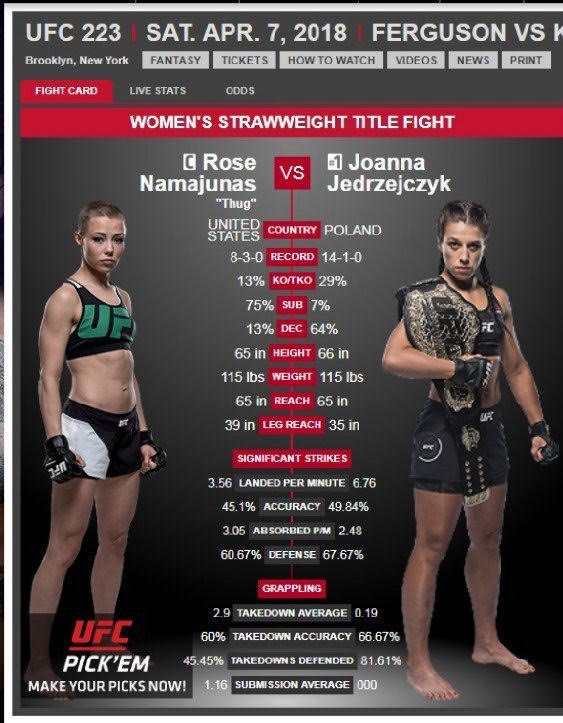 Update: A flood of Thug Rose fans have alerted the powers that be. Fixed 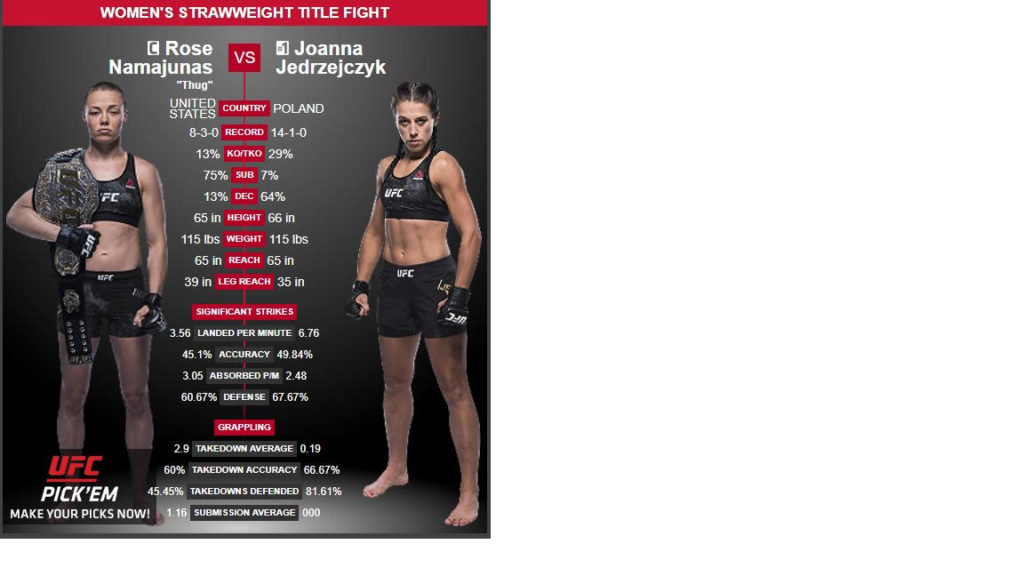