Did the Conor McGregor and Eddie Alvarez rivalry begin two years ago at the UFC 178 media day? What started as a tiny seed between one recently signed Bellator lightweight contender and a featherweight undercard fighter has blossomed into the headliner at the biggest show in UFC history. At 178 both McGregor and Alvarez were bit players but in a little over a week they will close the show at Madison Square Garden.

Check out this throwback photo from backstage at the UFC 178 media day. McGregor had just finished up moving in, rearranging all the furniture, and hanging family pictures inside the head of Dustin Poirier. One face-off and McGregor had Poirier right where he wanted him.

Before this picture was snapped Alvarez was days before finally making his long anticipated UFC debut and was about to face off with Donald Cerrone. But for whatever reason McGregor’s pre-fight antics caught the attention of Alvarez and he just launched the laser eyes straight into the heart of McGregor. Fast forward to 2016 and Alvarez gets his chance to punch McGregor in the jaw at the UFC’s debut event in New York City. 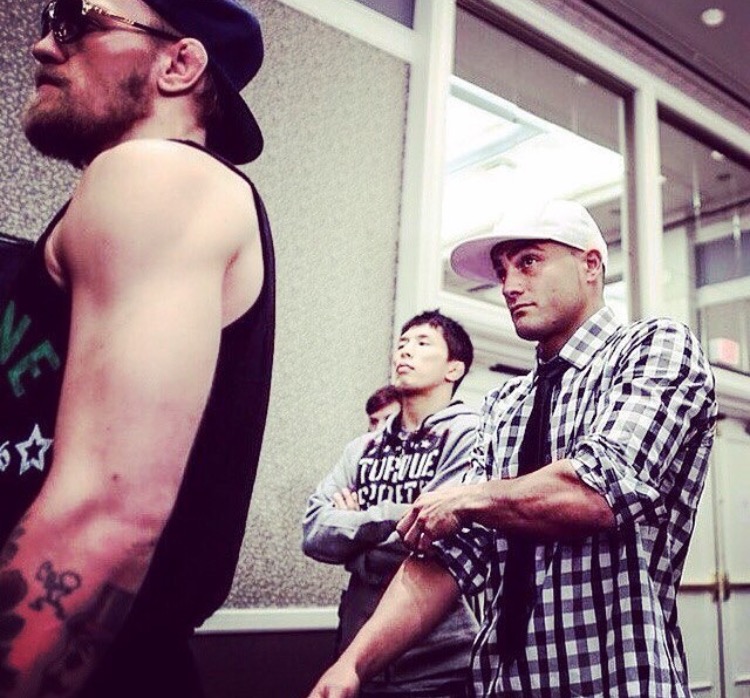