Pic: This UFC 207 Rousey vs. Nunes poster stylized like Fight Club is epic but we shouldn’t’ talk about it

Stop. Rousey vs. Nunes is almost here. Ronda Rousey returns to the UFC ten days from now and we’re not sure if the MMA World is ready for another Rousey fight just yet. Amanda Nunes is the violent champion in this role and Rousey is now playing the role of returning hero or lovable underdog, which is kind of weird. Before suffering her first MMA loss, Rousey was MMA’s own Human Buzzsaw.

Whatever stood across from Rousey she sliced through with little or no resistant. Rousey vs. Nunes is the final test for MMA’s last strange as fuck 365 days. 2016 has been stuffed with MMA upsets, retirements, arrests, drug use, feuds, unions, drama and if Rousey vs. Nunes has an unexpected, unexplained outcome then it would fit perfectly with the 2016 MMA narrative.

Whatever you think you know about MMA in the year of our Fight Lord 2016,, it could be put on its head after the result of Rousey vs. Nunes. Courtesy of @ryledale this UFC 207 poster with a Ronda Rousey and Amanda Nunes Fight Club pretty much sums ups our feelings about MMA current state of mind. Welcome to UFC 207, don’t talk about UFC 207 until you’re already in it. 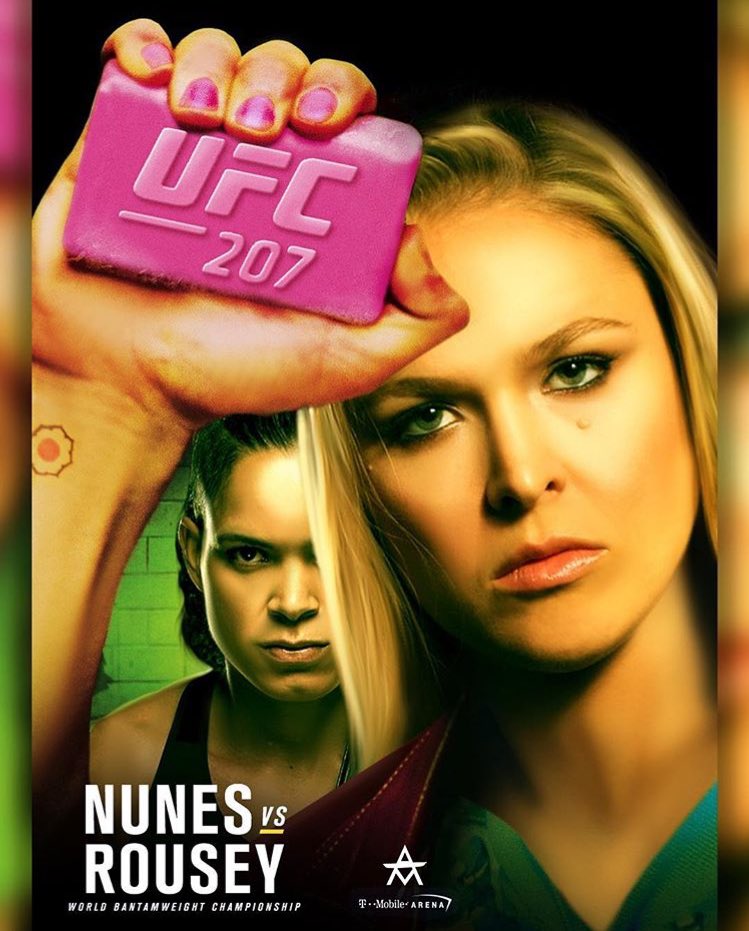 Replay: You have to see this dude get dropped on his head three times in a row via German Suplex
Read Next Post →
Click here to cancel reply.