Pic: Thanks to Britney Spears, Eddie Alvarez torches an Internet Troll who tests him

He dead. An Internet story in five parts. Eddie Alvarez has never been known for his trash talk but he just killed a man via screenshot.

Sometimes people’s attempts at getting their 15 seconds of fame, or simply yelling into the void at public figures, gets them a reaction.

So here is Eddie Alvarez reacting to an unknown Internet Troll who wanted attention about a fight that took place eight months ago.

Guy gets rocked by @DustinPoirier, uses illegal knees to get out of fight, and instead of running it back(which every MMA fan wanted) he ducks the diamond?!? @ufc get this clown that named himself "Most Violent" off of Twitter, he's obviously drunk… https://t.co/ylkkoVAZ8x

Coming from a guy who once tweeted this …… 😂😂😂 Come on Bro !!! I'm disappointed in You pic.twitter.com/EjU1dNfZ9q

Just look at it 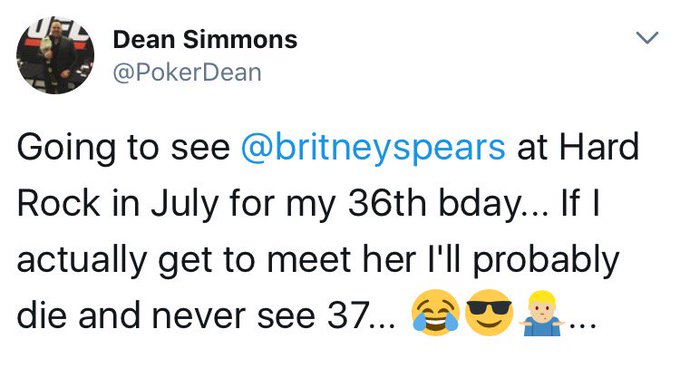 Im actually now hoping she sees this, takes pity on this internet mauling and meets me 😂😎🤷🏼‍♂️ cmon @BritneySpears look at what I'm going through for you 😂😂😂

Bless up Alvarez, thank you for this.