Former UFC middleweight champion Michael Bisping who announced his retirement from MMA after citing issues with the other eye.

‘The Count’s’ right eye is one of the most talked about injuries in MMA’s history and has been competing with a severely disfigured eye for almost half of his UFC career.

So one wonders who are responsible for disfiguring Bisping’s right eye? Well, it’s a former UFC light-heavyweight champion, Vitor Belfort. The pair fought in the main event of UFC on FX 7 back in January 2013. Brazilian won the bout via second-round TKO after landing a devastating left high kick flush on Bisping’s skull and finishing him via ground and pound strikes.

His most notable win, came at UFC 199 when he knocked out Luke Rockhold to scores the middleweight title on just a week’s notice. After suffering a retina problem four years ago, Bisping was kept on chugging along. When he suffered a knockout loss to Kelvin Gastelum in Nov. 2017, Bisping revealed he started having problems with his other eye, which was the primary factor in his retirement.

Now Bisping is retired and enjoying his life, as he recently posted on his IG, revealed he get to fixed his eye after having surgery, and he’s feeling better. 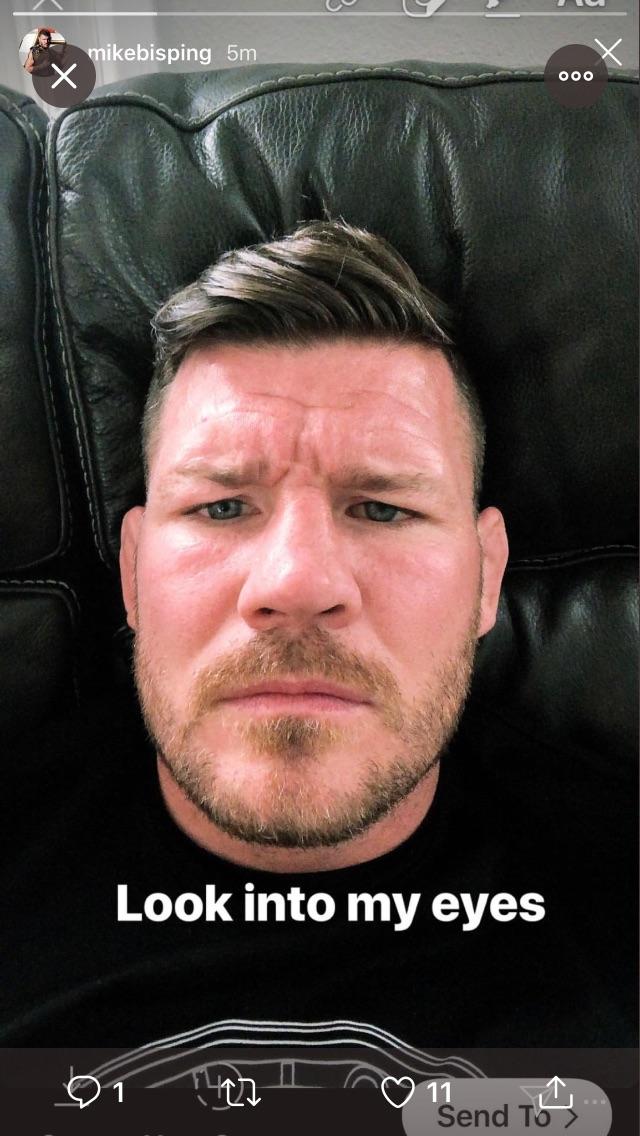 Now the eye is fixed, who knows if he makes the last comeback for a farewell fight.