Even when Reebok tries to make something cool they usually end up flat on their face. *Pan camera to a new Demetrious Johnson shirt*

Should the MMA world cut Reebok some slack? Did Reebok play a huge part in taking money directly out of the pockets of most of your favorite MMA fighters?

Reebok directly murdering the UFC sponsorship market and killing creativity in MMA fashion does not grant them any slack.

Reebok and the #UFC are updating Fight Night kits pic.twitter.com/TOzg9Q2qUa

So when the UFC and Reebok drop some new changes to their fight kits (uniforms) that are okay but still meh, the clothing maker deserves no credit.

In other news here’s Mighty Mouse’s new UFC 215 walkout Reebok tee that reads “Mighty Johnson”. Copyrights aside, Reebok is going to Reebok no matter how hard they try not to. 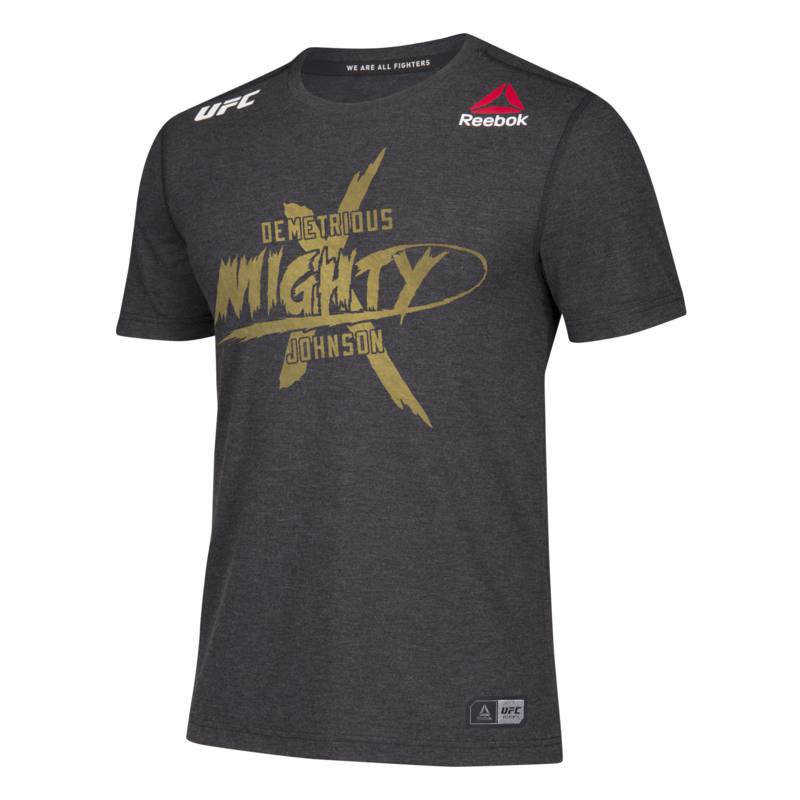