Pic: Jon Jones snaps, direct messages a female fan to call her a bitch with daddy issues over Twitter joke

This isn’t the first time Jon Jones lost his mind but its still kind of jarring when you see one of MMA’s GOATs lose his cool so easily. Earlier in the week Jon Jones returned from a brief self imposed Twitter hiatus to light up both Daniel Cormier and Anthony Johnson. Normal stuff, classic Jones heeling and MMA fans were cool with Bones being an ass hole to a pair of his peers.

Can't wait to get back and slap one of these light heavyweights, even on the sidelines I'm more relevant than anyone in that division.

You boys know when we all retire you will just be known as one of my contenders, easy for y'all to talk that shit when daddy ain't home

Then MMA fan and solid Tweeter @GinaGolavkin, composed this joke direct at Jones. Funny, topical and nothing too outrageous; 7/10 on the Twitter comedy scale. 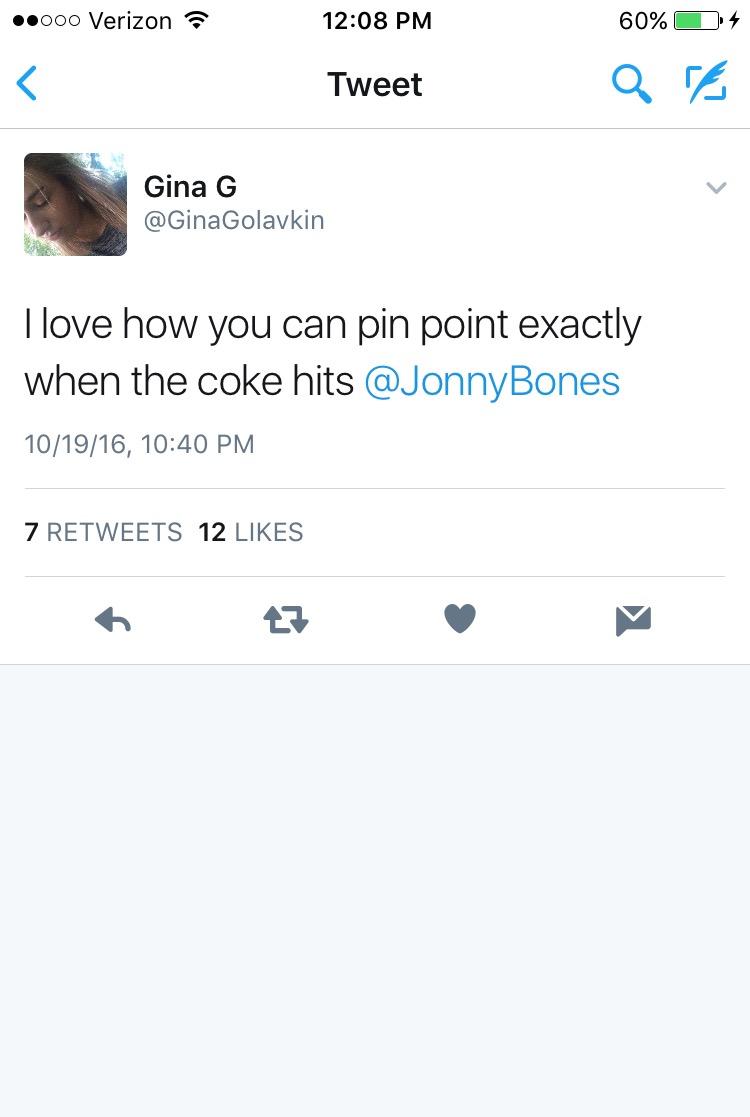 Then Jones completely lost it, snapped and proceeded to go out of his way to direct message @GinaGolavkin 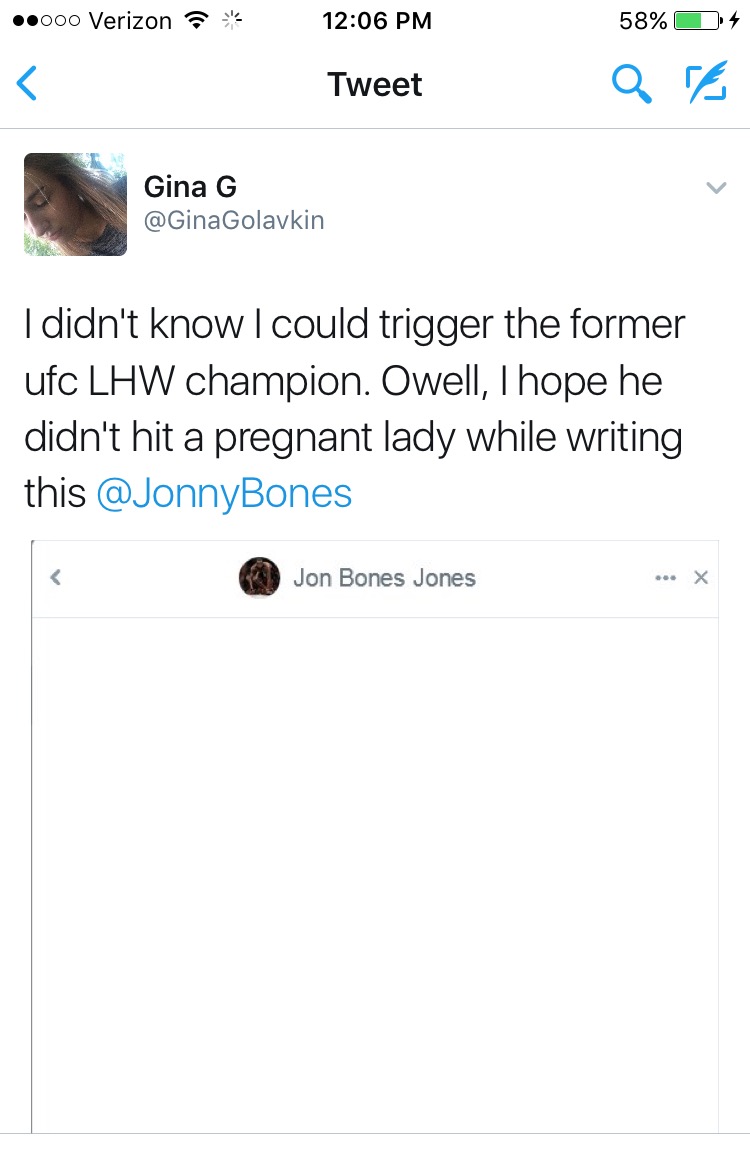 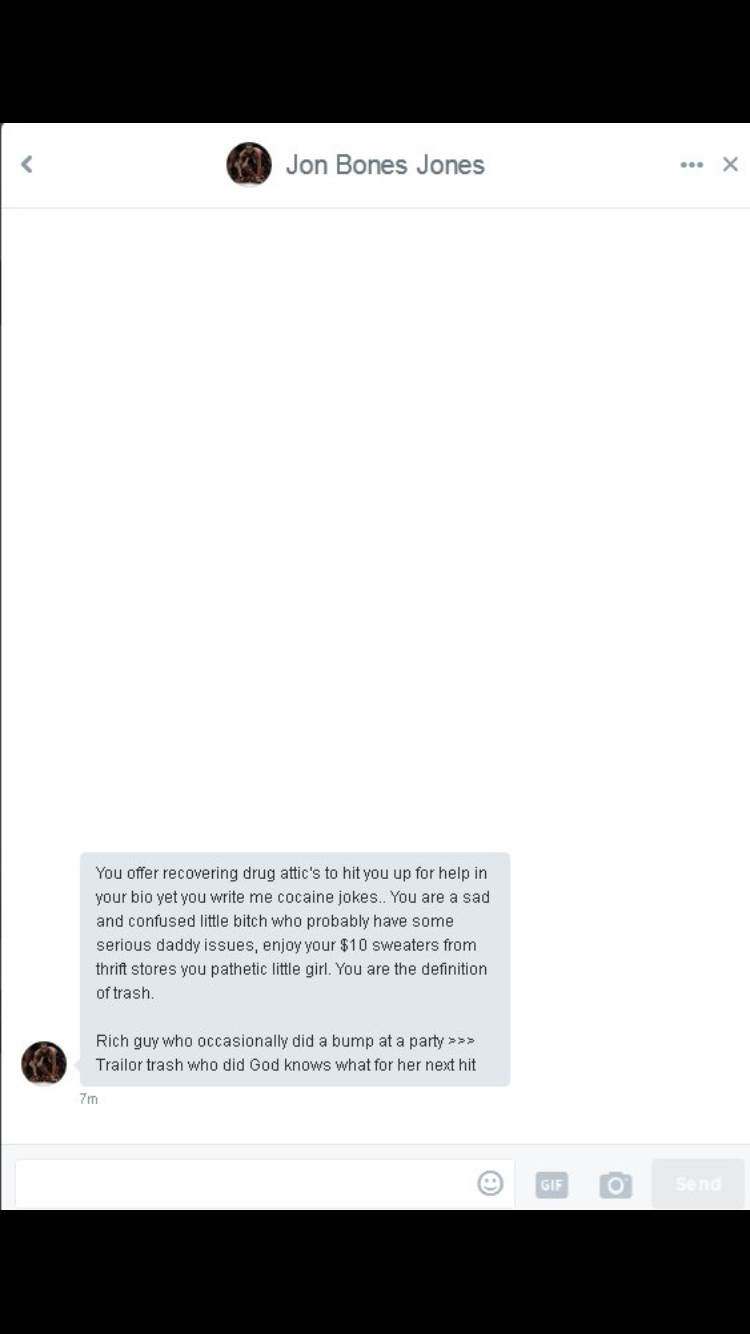 Also looks like Jon Jones did his research, read her bio, combed through her pictures and more. Weird. So Bones is back on Twitter and crazy enough to direct message fans who verbally spar with him?

Stay tuned as we refresh our DMs until Jon Jones snaps on us.

MMA fights with a moat around it!?! Here are the best highlights from Ganryujima Moat fights today
← Read Last Post

Replay: Tito Ortiz crushes a juice box with his hands at Chael Sonnen in the most Bellator interview ever
Read Next Post →
Click here to cancel reply.