While most Americas spent 4th of July grilling, swimming in a pool or spending time with loved ones, Jon Jones was steady stalking his UFC 214 opponent. No Chill Bones takes no days off.

When the government mandates federal holidays, Bones Jones does not recognize them and uses that particular day to troll the hell out of Daniel Cormier.

Cormier represented his country in freestyle wrestling at both the 2004 and 2008 summer Olympics. In fact, in 2008, Cormier was named captain of Team USA. Then Cormier was pulled from competition after he suffered kidney failure, due too excessive weight cutting.

So eleven years later on July 4th, when Cormier acknowledged the pride that comes with representing your country at the Olympics, No Chill Jon Jones was there to slap down any and all of his fond memories; because Jon Jones simply doesn’t give a fuck. 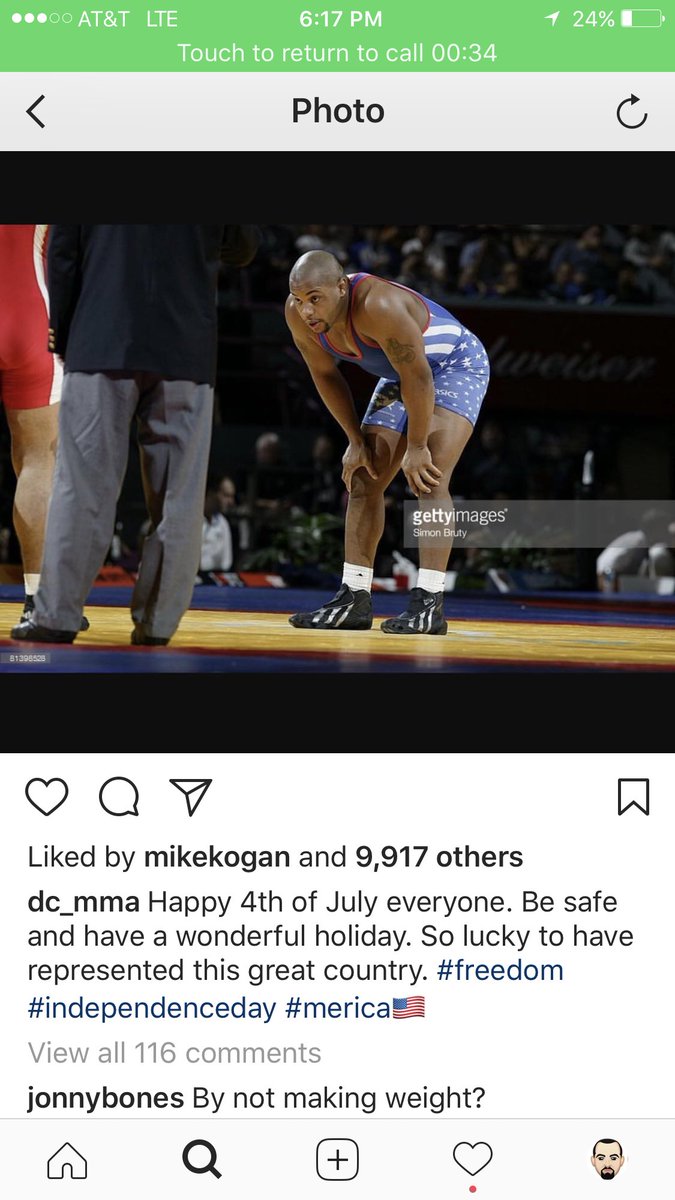 "Let Me Bang, Bro" Still Wants to Get Drunk and Bang, Bro
Read Next Post →
Click here to cancel reply.