Pic: Joe Rogan is a secret character in EA UFC 3 and here are his skill ratings

Yes! Joe Rogan is back. After his appearance as a secret character in EA UFC 2, Rogan returns in EA UFC 3 and people are already unlocking him.

Kettle bells. Crossbow skills. Alpha brain and BJJ abilities are all on the table with Joe Rogan in EA UFC 3. 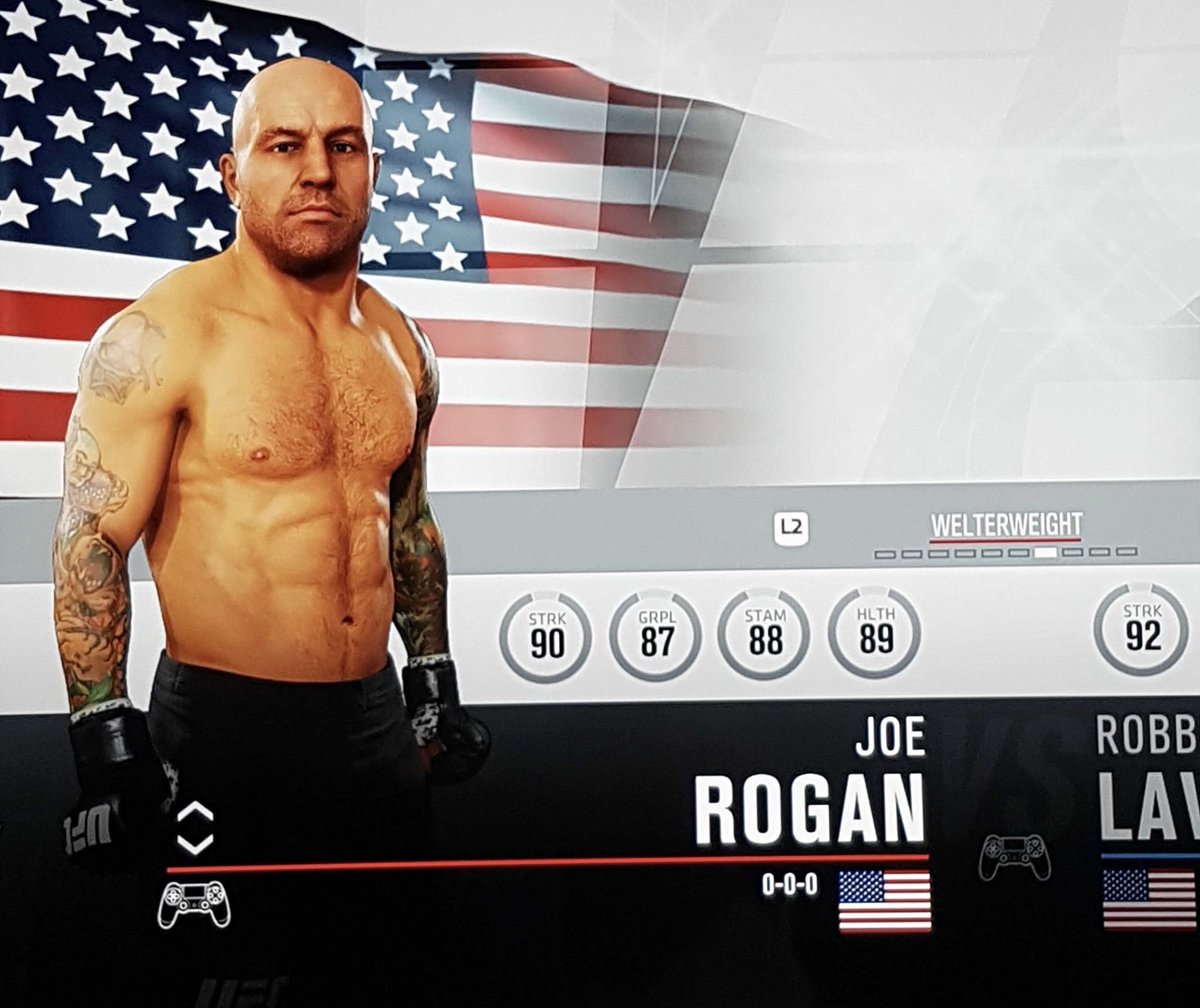 I unlocked his secret weapons 😂 pic.twitter.com/yy6op88ytI

Now all we need is some kind of Rogan based mini-game featuring Bryan Callen, Joey Diaz, Eddie Bravo and Brendan Schaub.

H/T to Jeremy Botter for the find

Developer in our #EAUFC3 stream chat says there is one big character that hasn't been revealed yet. He's tight lipped but it sounds huge so keep an eye out on that. https://t.co/z0qf052rlG