Pic: For Nate Diaz’s UFC 202 team photo, nobody in his 15-man crew smiled and it was great

Nate Diaz’s road to UFC 202 is nearly complete. Team Diaz has made it to Las Vegas in one piece, his weight cut appears to be going good and he only has one pre-fight press conference to go before he can put his hands on Conor McGregor.

Before the final weight cut and the epic shit talk, Nate Diaz and his team posed for a pic when they touched down in Vegas. Notice the hashtags, the black tees and then scan your eyes up to their collective California sun tanned faces. Now look into those motherfucker’s eyes and try to beat anyone in Team Diaz in a staring contest. 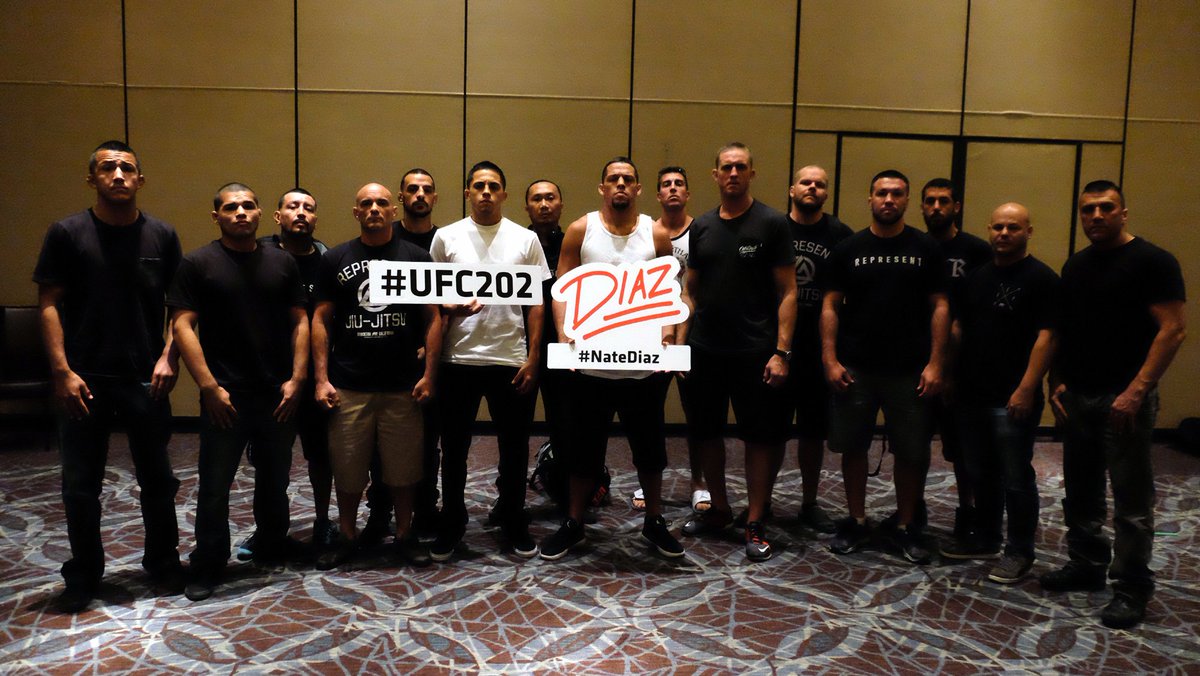 No smiles. Team Diaz is officially ready for UFC 202 and whatever Conor McGregor and his troop brings

Pic: In 3rd grade Alistair Overeem was voted most likely to evolve into an Uber Reem
← Read Last Post