Pic: Dino sized Vitor Belfort towers over Kelvin Gastelum in the first face-off for their fight

So, Vitor Belfort went away for a few months and has now reappeared bigger, stronger, and taller (?) than ever. Surely there is a perfectly logical explanation for this new casing that is covering the body of Vitor Belfort. The 39-year-old Belfort takes on Kelvin Gastelum at an UFC Fight Night event in Brazil on March 11th and the two 185 pound human beings faced off for the first time this week.

Look Belfort had a horrible 2016, eating two TKO losses to Ronaldo Souza and Gegard Mousasi while picking up zero wins on the year. But now it’s 2017, Belfort appears to back in peak physical condition and the UFC is feeding him an oversized welterweight in front of his countrymen. Please no further questions on why in these pictures below Vitor Belfort looks like a giant dinosaur standing next to Kelvin Gastelum. 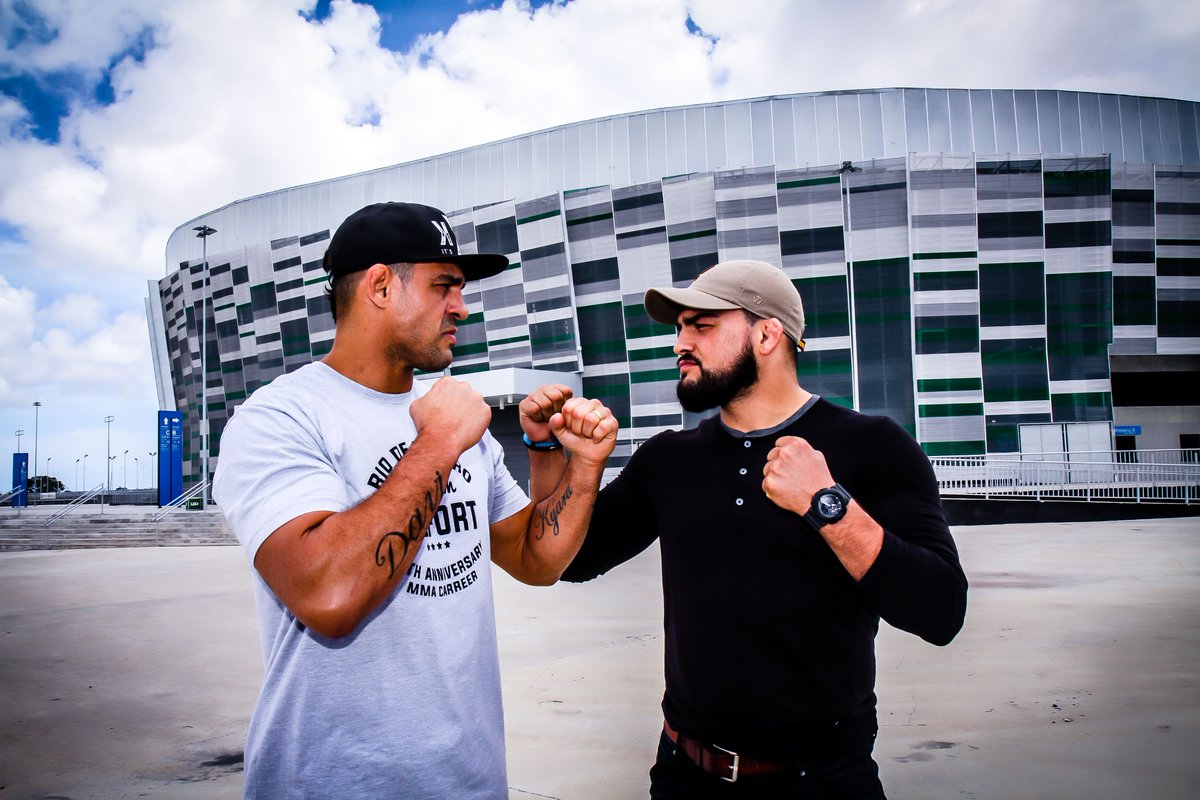 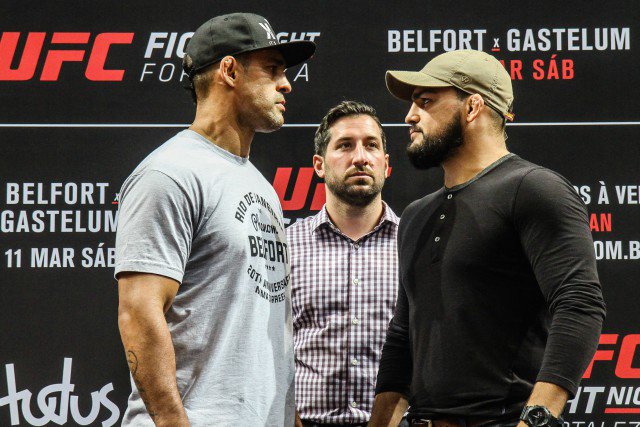 A Lesson in Bathroom MMA: Rope-a-dope like Ali, score an amazing comeback KO by the urinals
← Read Last Post

New poster of a bloody Tony Ferguson rising out the head of Khabib Nurmagomedov will get you hyped
Read Next Post →
Click here to cancel reply.