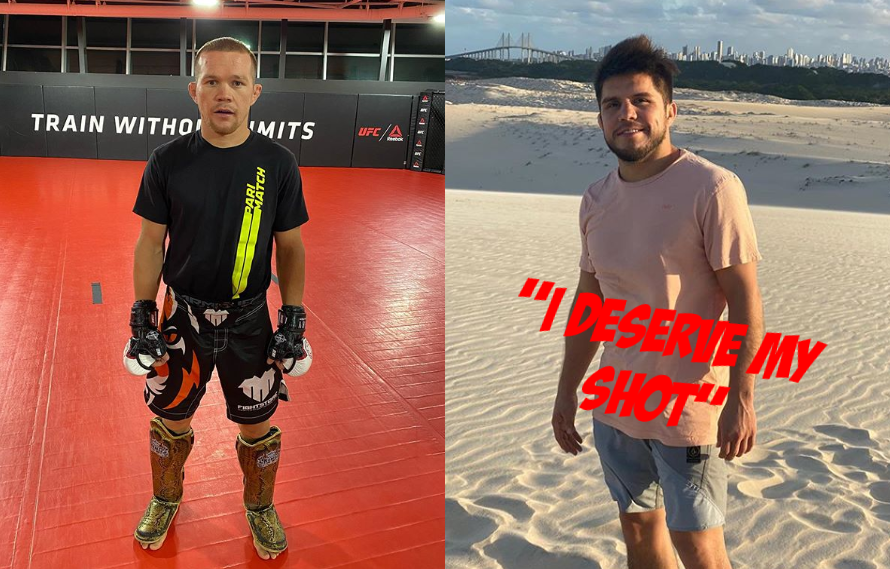 Petr Yan got one of the biggest wins of his MMA career over the weekend, at UFC 245. Now he is calling for a title shot against Henry Cejudo.

Yan has had quite the UFC run, so far. Furthermore, this culminated over the weekend, with a massive win over Urijah Faber. He became just the second person to finish Faber in his UFC tenure. As a result, he has firmly established himself as one of the best prospects in the bantamweight division.

Following this massive victory, Yan is calling for his shot at the title. Henry Cejudo is the bantamweight and flyweight champion, who has not fought since winning the 135lb strap earlier this year. Speaking after the fight, at a post-fight scrum, Petr made his claim to be Cejudo’s first defense in the division.

“What do you guys think?” Yan said, through a translator, when asked if he should get the title shot. “Do I deserve to fight for the title or not? I’ve had six wins inside a year and a half. I think I deserve it.”

In addition to wanting the shot at the title, Yan says he is open to the idea of fighting Marlon Moraes, who also won at UFC 245. However, he remained steadfast that he should be fighting Cejudo next. He further revealed that he was not seriously injured in the fight, and should be good to go relatively soon.

Do you think Petr Yan should be next for Henry Cejudo? Or does he need one more big win first?