As a UFC fighter, Paulo Costa, like every other fighter on the roster, is subject to pre and post-fight testing to curb the use of banned substances. The process has gone a long way to preventing illegal substances from being used while holding accountable those that try to circumvent the system, giving themselves an illegal edge in competition. However, in Paulo Costa’s case, the timing couldn’t have been worse.

During the early morning hours, not long before the Brazilian was scheduled to weigh in, Costa heard a knock at his hotel door. It was USADA coming at a most inconvenient time resulting in a fuming mad Paulo Costa at this morning’s official UFC 278 weigh-in.

“F*ck the the boss [of] USADA who sent their agents this morning at my sleep room 6am to take my blood out!” the middleweight contender wrote on Twitter. “I was cutting weight, very dehydrated, and they want to take my blood! F*ck those guys!!! I never been caught by USADA test I don’t need this f*ck sh*t.”

Fuck the the boss on Usada who sent their agents this morning at my sleep room 6 am to take my blood out!!! I was cutting weight very dehydrated and they wants took my blood ! Fuck those guys!!! I never been caught by usada test I don’t need this fuck shit pic.twitter.com/dtFJQ61ezW

Luke Rockhold Has Accused Paulo Costa of Steroid Use

The middleweight showdown between Paulo Costa and Luke Rockhold was originally scheduled to go down at UFC 277 on July 30th. The fight was pushed back to this weekend’s UFC 278 card and will feature in the evening’s co-main event.

While discussing the difficulties of getting the match-up made on ‘The MMA Hour‘ with Ariel Helwani, Rockhold accused ‘The Eraser’ of delaying things as a result of steroid use while also taking a jab at his issues making weight for the bout against Marvin Vettori in October..

“He’s missed weight twice for that fight and he’s making excuses on not contractually agreeing to this fight because of the weight issues they’re placing upon him. Within all these rules, it’s like, you don’t want to make weight. You just want to make excuses. You’re a f*cking b*tch when it comes down to it. And your steroids aren’t working anymore, and you got caught up. You’re looking for a way out. He’s always needed assistance in whatever ways. It’s obvious. So f*cking show up. Show up and show out. Let’s f*cking go.”

While Paulo Costa has never been flagged by USADA for a banned substance, the one-time title challenger was slapped with a six-month suspension in 2019 for using an IV to aid in rehydration.

In the end, the two were able to work out the details and fans will now be treated to a massive middleweight scrap with serious implications. For Costa, the win will put the Brazilian back in the ‘W’ column after losing back-to-back fights. For Rockhold, it would immediately skyrocket him into the top ten rankings, giving the former world champion a strong case for a title opportunity. 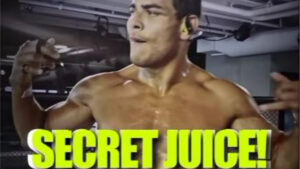