Only in America. Paul Malignaggi says a lot of off the wall things every single time he speaks, but what if this time he’s right?

Paul Malignaggi’s obsession with Conor McGregor is now going on two years running. Like it’s really been two years since the most famous boxer in the world fought the most MMA fighter in the world. That was a thing that actually happened.

What is this life and why is it so good to us sometimes?

For every May versus Mac freak show of epic proportions the MMA world gets, there is Paulie pretty much stalking Conor at this point. The Fights Gods give us something amazing, then drop whatever this is into our laps.

Taking things to the next level, and because his blew his chance versus Conor, Paulie is now going through Artem Lobov in order to get to McGregor. This is truly next level stuff. Malignaggi is playing Chess while the rest of the world is playing checkers.

It’s either chess or Candy Land that Paulie is playing here, but whatever it is, MiddleEasy is always here for car crashes.

At the end of the day, Malignaggi versus Lobov under any rule set is a 18 car pileup during rush hour. Here’s the bonus, Paul versus Artem is under bare knuckle boxing rules and it’s just going to be a gigantic cluster F.

To top it all off, Artem just went to war in April under bare knuckle boxing rules and he’s trying to make a quick two month turnaround. This won’t end well.

As a bonus, Paul Malignaggi is now talking crazy about his payout for the event. Per Paulie some random bare knuckle boxing promoters are going to pay him more than anyone at UFC 236 to fight Lobov. 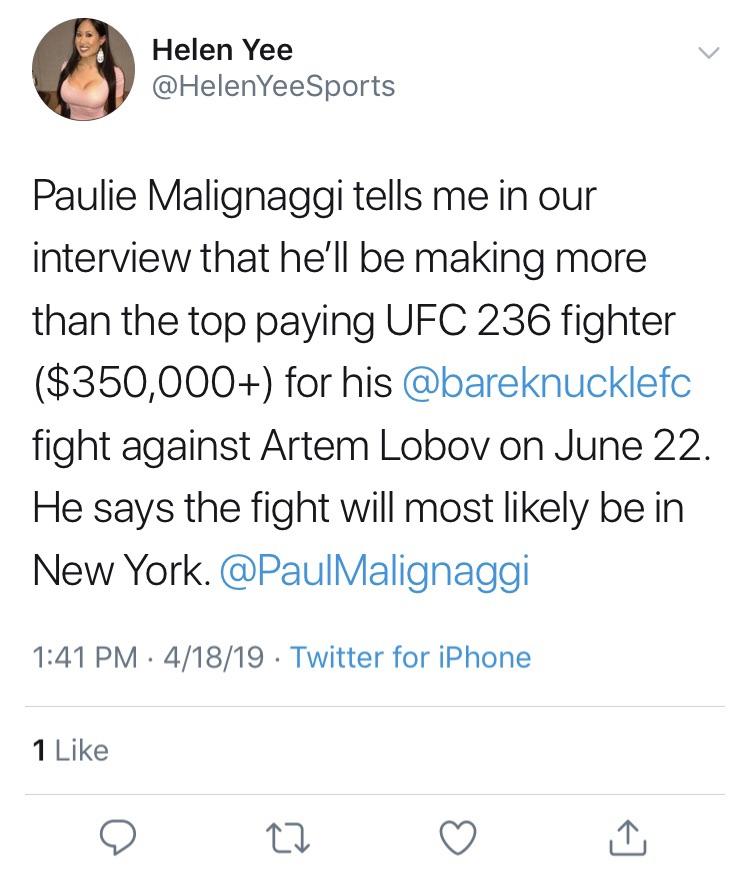 Either this wild statement is true, which is hilarious. Or it’s not true and it’s just a crazy big lie from Paul; which is also funny. If you’re going to lie at least make it believable.

Combat sports and the random weirdo characters they attract are the best.

Check out the full Paulie interview below.