Paul Daley’s blog is entirely too clever to ignore 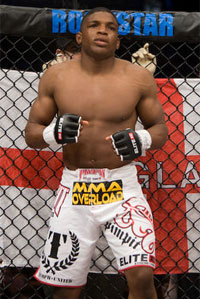 My god this Paul Daley and his use of the English language. For those of you who are unfamiliar with what a Fraggle really is, let a guy who was raised in the 80s summarize it for you. Fraggles are humanoid creatures that are just under two feet tall. They live in a system of caves that are collectively called ‘Fraggle Rock’ that is filed with other creatures that co-exist in a different dimension. Fraggles live on a diet of radishes and ‘doozer sticks’ and by touching their heads together before they go to sleep, Fraggles can enter the dreams of other Fraggles. In short, our childhood was just one giant hallucinogenic trip.

In Paul Daley’s new UFC 113 blog, he thoroughly dismantle Josh Koscheck through an array of metaphors that would even make Eminem blush.

On the media call, Koscheck said he hasn’t seen any of the forums where the fans – British, American, Canadian, Australian, whatever – have been photoshopping him and ripping him. He said he doesn’t read the internet, and doesn’t read newspapers either.

What was the point of geeking it up at university if he didn’t even learn to read? Or is it really like it is in the movies, where if you are a good athlete they get the treasurer of the Star Trek Club to do your homework for you?

One club Kos was clearly a member of at college was the Drama club. Did you see his performance v Anthony Johnson? Kos should be the one getting into acting, not Rampage. His acting like a mortally injured fighter against Johnson was Oscar winning stuff.

Way better than his early work on ‘Fraggle Rock’.

Semtex successfully delivering the British humor, a phrase that will never be used in context with James Toney from now until the Sun kills the Earth. [Source]